The 40-year-old British aristocrat was crushed when she discovered ex Spice Girl Mel had filed a restraining order against Stephen Belafonte claiming he had forced her to have sex with other women and had threatened to release the covert tapes.

Lady Victoria – the sister of the Marquess of Bristol and a friend of Britain’s young royals – packed her bags and went into hiding after hearing the news.

‘She is absolutely mortified that her sex life could become public property,’ a close friend tells DailyMail.com in an exclusive interview. ‘The last thing she wants is to star in a sordid sex tape or to have horrible details of her private life dragged through the divorce courts.’

Scary Spice Mel filed for divorce last week, then on Monday obtained a restraining order claiming her film producer husband had extorted her into threesomes with ‘random women.’

She claims he threatened to release covert tapes of the romps ‘if she tried to resist threesomes’ and threatened to destroy her career.

Mel, 41, also claimed he had been violent from the start of their 10-year marriage, choking and punching her, and constantly belittled her saying she was ‘worthless.’

Now fashion model Lady Victoria fears she has been caught in the midst of the increasingly bitter divorce battle.

She knew Mel vaguely when they both lived in London but after moving to California, they kept bumping into each other at parties and struck up a friendship.

When Mel appeared on Dancing with the Stars in 2007, Victoria went along for the after party and the trio got rip roaring drunk.

‘They all ended back at Mel and Stephen’s mansion drinking red wine and tequila,’ the friend tells DailyMail.com. 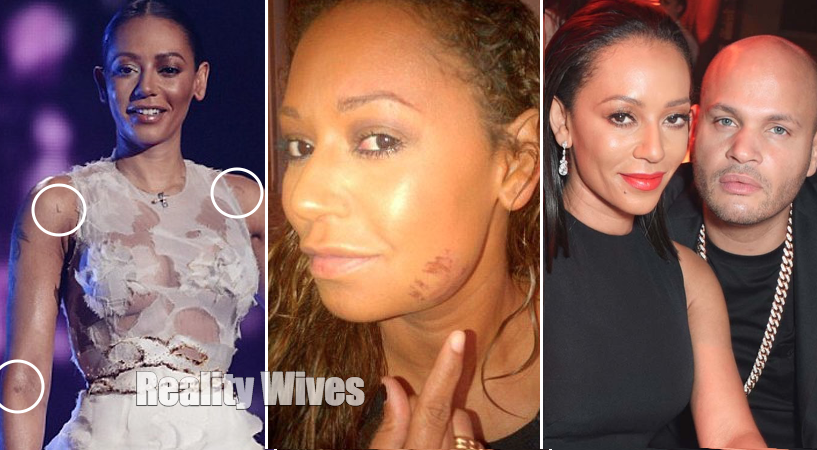 ‘Mel suggested they all go in the bedroom so they didn’t wake up her daughters. It seemed logical at the time but afterwards Lady V felt it was a ruse to seduce her.

‘She barely remembers the actual encounter with Mel and Stephen, it was a drunken blur.

‘She just recalls waking up the next morning in their bed and being really mortified.

‘Mel and Stephen acted like nothing unusual had happened but Lady V could not wait to get away.

‘She had never done anything like that before and she was really embarrassed.

‘Afterwards she went out of her way to avoid bumping into them in Hollywood.’

‘Lady V only ever told three friends what happened. Now she’s had to tell her mother and brother and they are not happy,’ says her friend.

‘She feels her reputation is at stake. She was an It Girl back in Britain and is a friend of the royal family. Now shefeels she can no longer hold her head high.

‘She doesn’t know if a sex tape actually exists, all she knows is what has been said in Mel’s restraining order.

‘She has had nothing to do with Mel or Stephen since the encounter but now she wants to reach out to Mel to try and determine if the sex tape exists.

‘But she was so upset when she heard about it this morning that she just packed her bags and fled.

‘She is too scared to even pick up her cell phone for fear of journalists calling for gossip. She has been crying her eyes out.

‘It is so unfair that her good name is being dragged into this nasty divorce case.’ 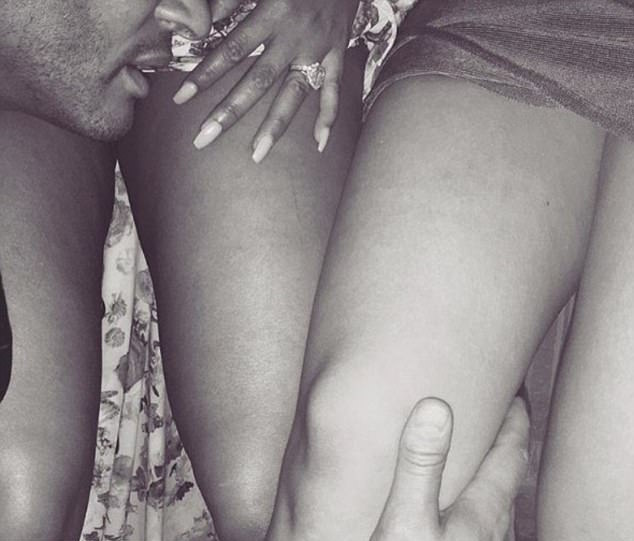 Taking to Instagram last year, the father-of-two shared a saucy snap and tagged Mel, teasing fans that he and the Spice Girl were involved.

The reappearance of the photo – featuring two women and one man with his hand between their thighs – comes in light of claims from his brother Jeremiah that the couple had an ‘open and loose’ relationship – which led to their divorce.

The joke began when Kim Kardashian shared a number of racy black and white snaps to her Instagram, while at a friend’s wedding in Miami with husband Kanye West.

Clearly in a playful mood, the film producer then shared one of the images to his own page – and joked that two of the individuals were him and the singer.

The sexy photo depicted a man fondling one woman’s thigh, while his head rested on another’s stomach, beside her hand clad with fake nails and a dazzling ring.

Poking fun with fans, he wrote beside the shot: ‘Is that my mouth?? Is that @officialmelb ring?’

However Kim later made sense of her selection of risqué photos from the bash, which Mel and Stephen had actually been present at.

She took to her app to explain that none of the implied antics had happened, but that the photos were instead a creative experiment by the group.

She said on her app: ‘It’s been a while since our friends have been together and all dressed up, so we were just feeling inspired and wanted to take fun pics.’

‘It was a different way to capture moments from the night. We were all so into snapping and coming up with different ideas.’

However the photo’s resurfacing comes as Stephen’s brother Jeremiah claimed it was Stephen and Mel’s ‘open’ relationship that led to the breakdown of their marriage.

The pair married in Las Vegas in 2007, but Mel is thought to have decided on the split in a ‘moment of clarity’ following the death of her father Martin, who lost his battle with multiple myeloma cancer in March.

The star had returned to her home town of Leeds soon after to attend the funeral alongside her family – who she is believed to have reconciled with since announcing her separation.

The performer had reportedly been in a fall out with her mother Andrea and younger sister Danielle for eight years, over their dislike for ‘controlling’ Stephen, also 41.

Mel has yet to release any kind of statement about the divorce, but she is thought to be seeking joint custody for their five-year-old daughter Madison. 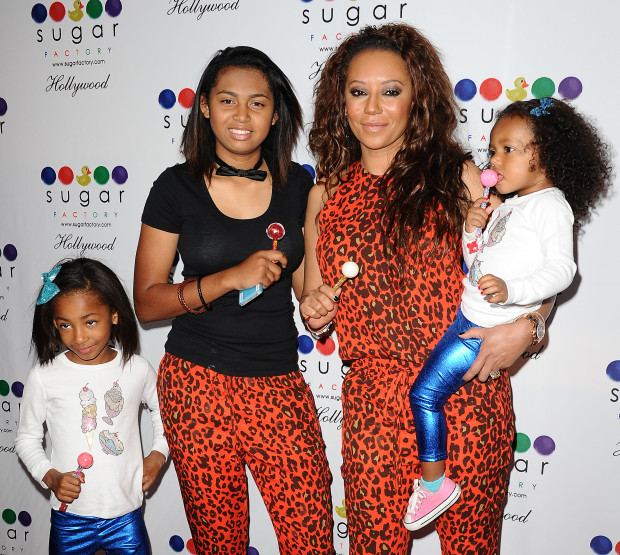 Four people, including an armed police officer and a man believed to be the attacker, have died in a terror...