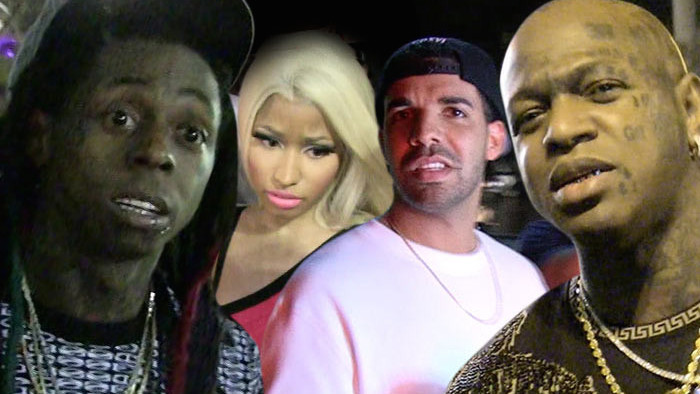 via TMZ:
Lil Wayne is on the attack, claiming Birdman and company are so incompetent, Nicki Minaj and Drake are about to bail.

Lil Wayne filed new docs in his bitter lawsuit trying to oust Birdman from Young Money, the label that signed Nicki and Drake.

Wayne says Birdman and Cash Money have grossly mismanaged the company by stiffing lots of people who are owed money, failing to fork over profits and lots of other stuff.

Wayne claims the mismanagement is so bad that Nicki and Drake will probably just jump ship.

Hope the judge is an “Anaconda” fan.

Less than a week after the death of Jamie Sangouthai, Lamar Odom's best friend, he has lost a second close...