Home » Fashion » Pink Crocodile Skin Hermés Birkin Handbag, Most Expensive In The World After Selling For £150,000 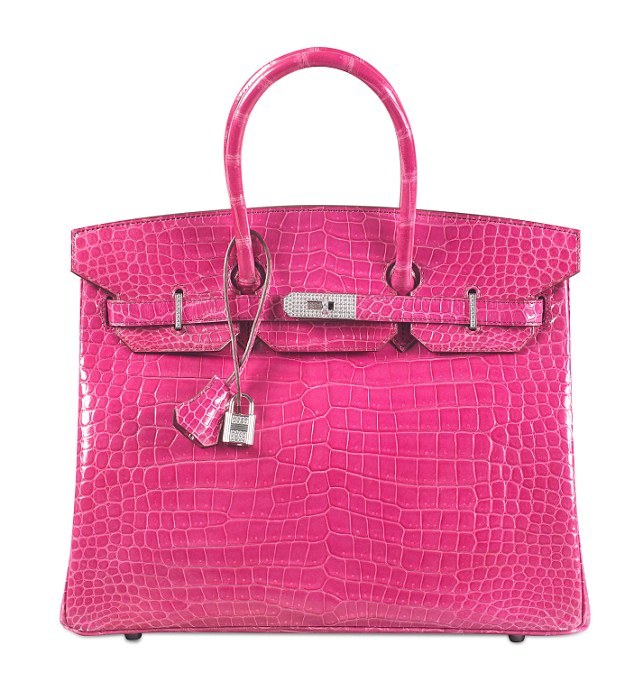 via Daily Mail:
A bright pink designer handbag has become the most expensive in the world after it sold for £150,000 at auction.

It was picked up by a mystery buyer at auction where the final hammer went down at 1.72 million Hong Kong dollars (£150,000).

The high-end bag has smashed the previous world record set for the world’s most expensive designer handbag.

It was previously held by another Hermes Birkin, this time in red crocodile skin, which was sold for £133,500 at auction in the US.
Now Christie’s auction house said they have a second Birkin Bag in black which is scheduled to go on the block later in the same auction may sell for even more than Monday’s record price.

The Birkin Bag is famous for having a price tag in the thousands of dollars and a years-long waiting list.

Hermes is one of the most coveted handbags of all time, but with a price tag of around £8,000 the Hermés Birkin bag isn’t quite within every fashionista’s price range.

Prestigious luggage and accessories firm Hermés, who count many of the world’s wealthiest women as fans, is known for luxury leather accessories.

Renowned for its immaculate finish and top quality materials, Hermès claims never to use any assembly lines with one craftsperson making a single handbag at a time, hand-stitching individual pieces to create the finished product.

Newcastle footballer Papiss Cisse has left his on-off girlfriend heartbroken after telling her he was going on holiday only to...