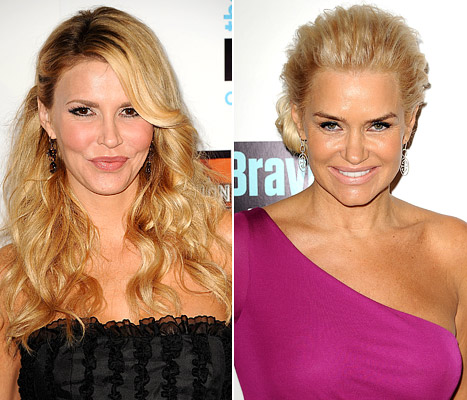 Three of the key cast mates – Brandi Glanville, 42, Yolanda Foster, 51, and Kim Richards, 50, are not returning to the Real Housewives Of Beverly Hills.

The network is yet to confirm the numerous reports about the departures, stating: “We are not commenting or confirming casting at this time.”

Several sources say the women don’t feel safe around Brandi because of her frequent erratic behavior.

Producers are open to having her as an occasional guest, but Brandi has not committed as yet.

I woke up with a sore throat and a HUGE decision to make today! #RHOBH Will let you all know later I promise !!