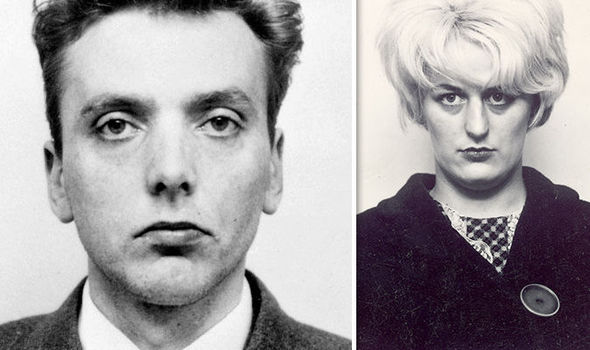 He died before revealing the location of the body of the last child that he killed along with his accomplice Myra Hindley.

The infamous killer has died at the age of 79, an NHS spokesman said.

The child killer was receiving end of life care at the secure mental hospital where he was being detained in Merseyside.

In December it was revealed that he was suffering from inoperable lung cancer.

Earlier today Brady, was urged to “do the right thing” and reveal where he buried his last child victim before he died.

Schoolboy Keith Bennett, 12, was lured into a car by Brady’s accomplice Myra Hindley in 1964, asking for help loading some boxes.

The pair then drove the boy to Saddleworth Moor in Greater Manchester where Brady strangled Bennett and buried him in an unmarked grave.

Brady constantly refused to reveal where the body was buried.

The pair tortured and then killed all the children in the 1960s, burying four of them on Saddleworth Moor in the South Pennines.

Brady was jailed for three murders in 1966 and had been at Ashworth since 1985. He and Hindley later confessed to another two murders.

In 2013 he asked to be moved to a Scottish prison so he could be force-fed – as he could in hospital – and where he could be allowed to die if he wished.

His request was rejected after Ashworth medical experts said he had chronic mental illness and needed continued care in hospital.

Terry Kilbride, whose brother John, 12, was also murdered by Brady, begged him to tell police where he dumped the body of Keith Bennett, who went missing aged 12 in 1964.

He told The Sun: “I would beg him to do the right thing on his deathbed and tell us where Keith is. 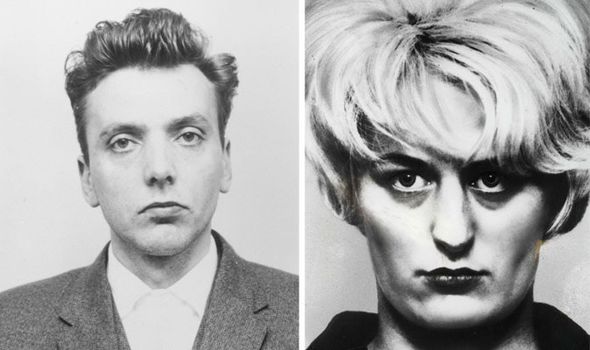 “Now is the time for him to stop playing tricks and come clean.

“If he takes it to the grave, I will feel so sorry for Keith’s family. There will only ever be another search if there’s fresh evidence. That has to come from him.”

Mr Kilbride said he hopes the killer “rots in hell”.

He added: “We’ll certainly celebrate his death when it comes. Good riddance.”

The crimes of Brady and Hindley shocked the nation

The actions of Brady and Hindley stunned the nation when their crimes if kidnapping children, sexually abusing them and torturing them before killing them shocked the entire country at the time.

Their first victim was 16-year-old Pauline Reade, who vanished on July 12 1963, on her way to a disco near her home in Gorton, Manchester.

She was lured to the moors by Hindley who said she had lost her gloves there and needed help finding them.

It was two decades later when Pauline’s grieving parents discovered exactly what had happened to her.

Her body was discovered in 1987 after the murderers confessed to the killing.

Brady had beaten her about the head and cut her throat with such force that her spinal cord was severed.

Pathologists said it was impossible to say whether Brady had sexually assaulted her.

In the shadow of the presidential assassination little attention was paid to the disappearance of the Manchester boy.

John was lured on to the moor where he was sexually assaulted and murdered.

Brady took a photograph of Hindley standing on the edge of his grave holding her pet dog. The photograph would later lead police to the young boy’s resting place.

The body of the third victim, Keith Bennett, 12, has never been found.

Keith died after leaving his home in Chorlton-on-Medlock in Manchester on June 16 1964.

Brady and Hindley’s next killing that sealed their reputation for pure wickedness – the murder of 10-year-old Lesley Ann Downey on Boxing Day in 1964.

She became their youngest victim when she was lured from a fairground to the house Hindley shared with her grandmother in Hattersley.

Brady stripped, sexually abused and tortured her, forcing her to pose for pornographic photographs.

Her last moments were recorded on a harrowing 16-minute, 21-second audio tape.

The terrified girl begged for mercy, called out for her mother and appealed to God for help before her voice was stifled forever.

The tape was recorded at the house in Wardle Brook Avenue, Hattersley, as Lesley Ann pleaded with them “Please God, help me” and “Don’t undress me, will you?”

The Moors murders were carried out by Ian Brady and Myra Hindley between July 1963 and October 1965, in and around what is now Greater Manchester, England. The victims were five children aged between 10 and 17—Pauline Reade, John Kilbride, Keith Bennett, Lesley Ann Downey and Edward Evans—at least four of whom were sexually assaulted. The murders are so named because two of the victims were discovered in graves dug on Saddleworth Moor; a third grave was discovered on the moor in 1987, more than 20 years after Brady and Hindley’s trial in 1966. The body of a fourth victim, Keith Bennett, is also suspected to be buried there, but despite repeated searches it remains undiscovered.

Leanne Brown & Dawn Ward are seething following a bust up over a £500,000 loan. more