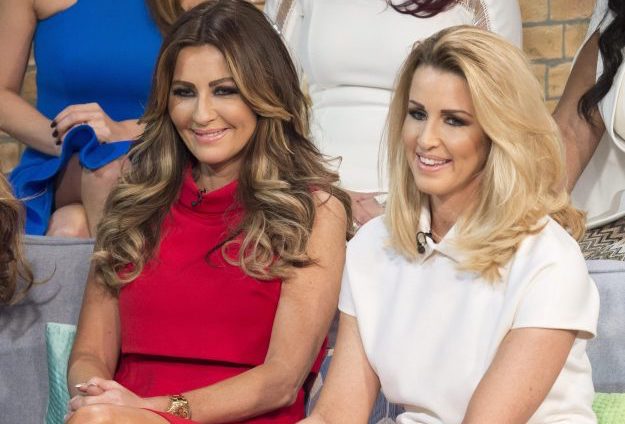 WARRING Wags Leanne Brown and Dawn Ward are seething following a bust up over a £500,000 loan – and are refusing to film with each other on set of their Real Housewives of Cheshire show.

The former best friends – wives to soccer duo Wes Brown and Ashley Ward– have been driving camera crews mad and tensions have been running high on set.

And Dawn, 43, did not take part in a trip with Leanne, 40, and other cast members to film on location in Dubai.

Housewife Ampika Pickston, 35, posted a snap to Instagram and Twitter of herself alongside mum-of-three Leanne, Tanya Bardsley, 35, and Lauren Simon, 42, at Heathrow Airport before they departed on the exotic getaway two weeks ago.

The caption along with the snap read: “Couldn’t be with better peeps than you guys…roll on fun and frolics.”

But fans were quick to react after noticing Dawn’s absence.

Another said: “You guys are the best and I can see you’re throwing shade at Dawn, have fun.”

Another added: “Lovely to see the ‘good guys’ together.”

It is claimed that the money was loaned to Ashley Ward by Wes Brown Ltd, Leanne’s husband’s company, but the existence of the loan remains in dispute.

Dawn and Ashley Ward have a feud with Leanne.

The Sun on Sunday revealed last month that the couple hit Dawn with a legal letter threatening court action.

A source said: “Filming has been really hard because they don’t want to be near each other.

“They’re even avoiding going to the same events in case they bump into one another.

“Leanne feels deeply hurt and betrayed, while Dawn is reeling that their rift was splashed all over the national press.

“The fact the girls posted pictures to social media gloating they were off on the exotic trip was also a twist of the knife for Dawn.

“Everyone involved in the show are praying it’ll be resolved soon because of the tense atmosphere.”

The row has soured their years of friendship — and even saw a glass smashed in a heated exchange on their show.

Dawn and ex-Sheffield United striker Ashley, 46,, are jointly worth £42 million.
Leanne and Wes, now at Blackburn, have a combined £10million fortune.

Dawn’s rift with them has been deepened by the fact she advised them on three Cheshire homes they bought — two of which have failed to sell.

Last year Dawn was bound over to keep the peace after attacking singer Sinitta in a London restaurant.

An ITV spokeswoman said: “Dawn didn’t travel to Dubai for this trip due to various family and work commitments in the UK, which will feature in the show.

“Misse also didn’t travel in her capacity as guest housewife for the new series of The Real Housewives of Cheshire.”

Chinese government authorities in the northwestern Muslim-majority region of Xinjiang have banned parents from giving their children dozens of 'extreme'...