Dawn Ward Has Been Fired From The Real Housewives Of Cheshire 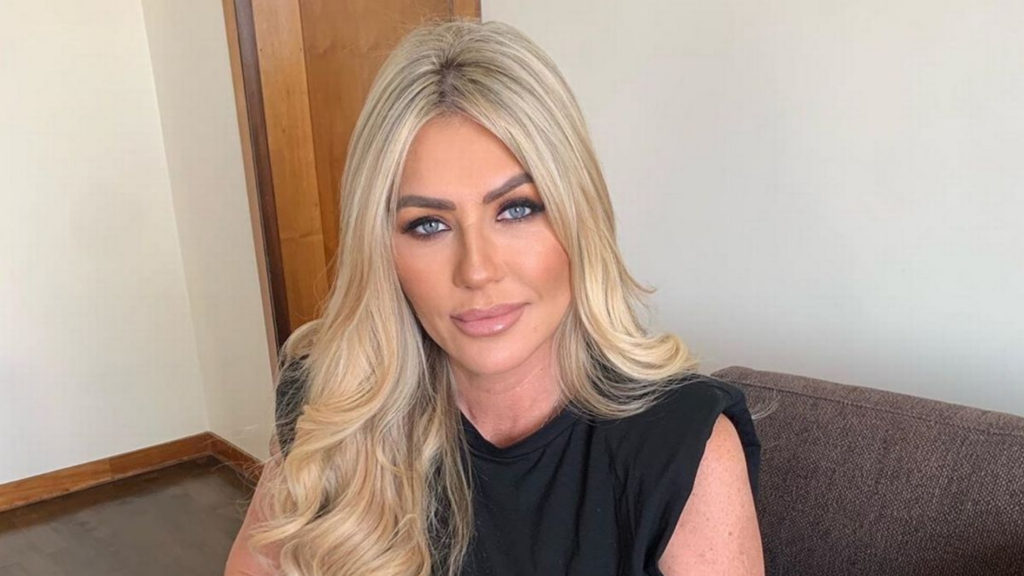 I’m surprised this happened so quickly, but ITVBe and Monkey Kingdom made the decision to fire Real Housewives Of Cheshire star Dawn Ward.

As you know Dawn is expected in court after her alleged racist comments were directed to two men at a train station and she was caught with Cocaine. 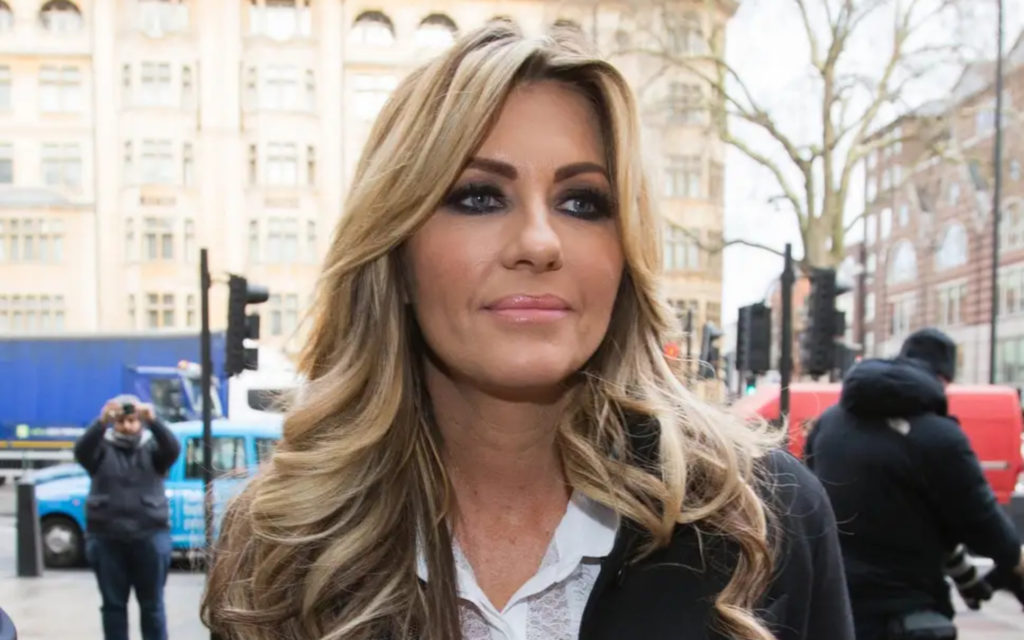 Dawn left this pretty message on social media, which is written in, “I have been fired”, a few housewives have sent the same thing after being fired. Don’t let the wording fool you, she was fired.

“Having been on the Real Housewives of Cheshire for almost 7 years and 12 seasons, I’ve had the most incredible journey, not just me, but my whole family. It really has been amazing for us. Season 12 has now come to an end and filming has finished. It’s been difficult this season with the pandemic but the cast and our amazing production team have pulled it off again, it’s been fun! It’s a great show and will only go from strength to strength as it’s done since season 1. I want to wish everyone involved on the show the best of luck and I can’t wait to tune in for season 13! Once again thank you so much for all your support, you really have been incredible. Exciting times ahead.” 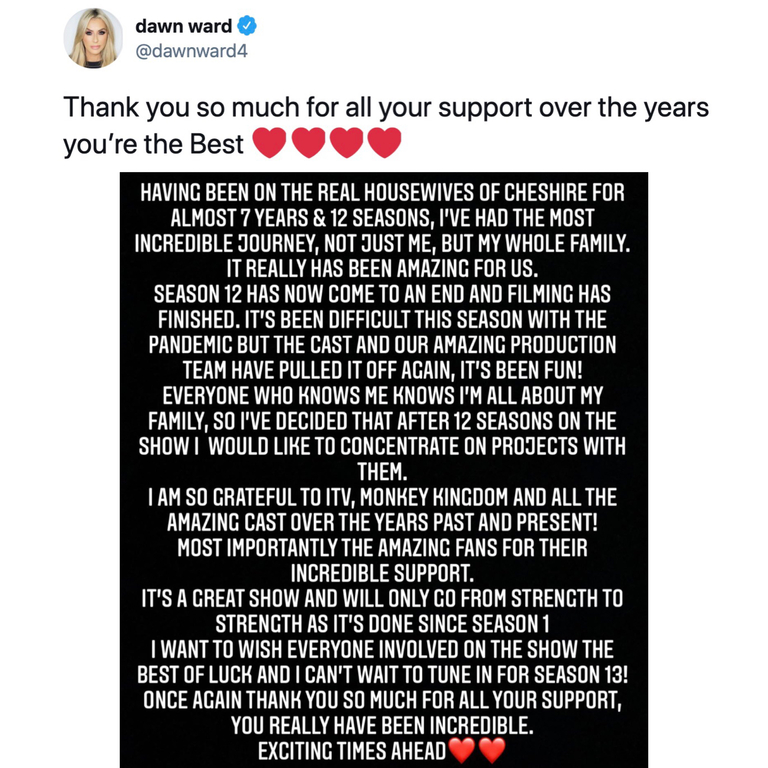 Dawn has been a part of the Real Housewives Of Cheshire cast since the show’s first episode in 2015 and has been involved in plenty of drama with her co-stars.

The Real Housewives Of Jersey will follow seven glitzy women's lavish lifestyles in the Channel Island, Jersey, described as 'a...