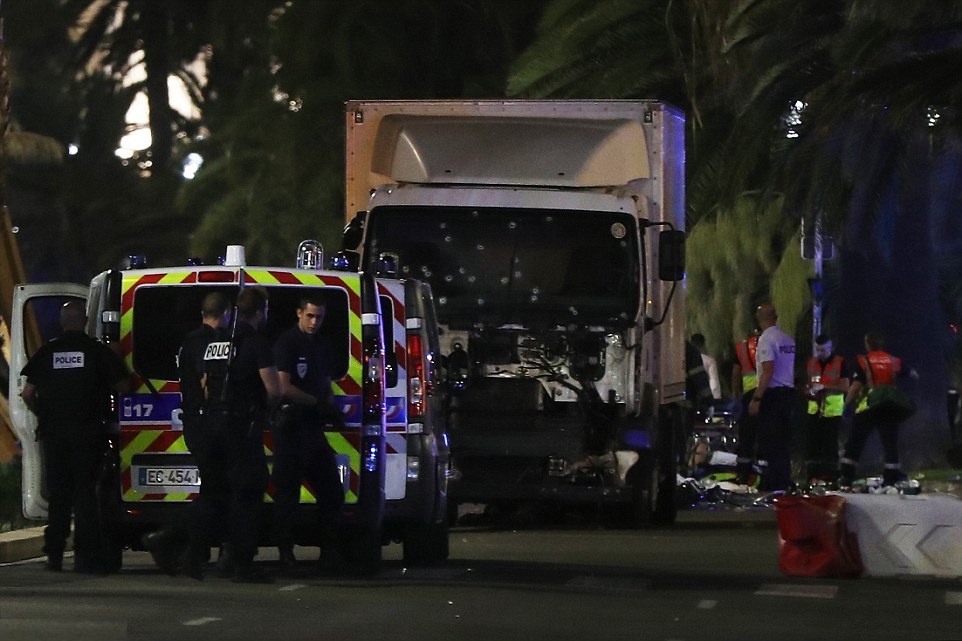 via The Guardian:
At least 80 people were killed and about 100 more were injured when an armed man drove a truck at full speed into a crowd who had gathered to watch the Bastille Day fireworks display over the seafront in Nice on Thursday night.

French counter-terrorism police are investigating after the driver careered into the dense crowd and continued to drive into them for a distance of 2km. The French interior ministry confirmed that the driver had been shot dead by police, who are investigating whether he acted alone or had accomplices.

A police source told Le Monde that the driver was armed. Christian Estrosi, head of the local region, said there were explosives in the truck.

The date of the attack – France’s national day of celebration – was seen as symbolic. It came eight months after 130 people were killed in November’s coordinated Paris attacks on a stadium, bars and a rock gig at the Bataclan concert venue.

Witnesses described scenes of terror and chaos on Nice’s beachfront Promenade des Anglais as the truck driver ran down dozens in the crowd that included families, children and babies. Moments earlier the crowd of locals and tourists had been gathered in a festive atmosphere to mark France’s 14 July bank holiday with the traditional fireworks display and concert.

Witnesses described scenes of horror and chaos with one man saying the van had mowed down people “like skittles at a bowling alley”.

Maryam Violet, an Iranian journalist on holiday in the Mediterranean city, told the Guardian she had seen the truck running over people as they walked in the pedestrian area minutes after the fireworks finished. “Everyone was completely shocked, I saw that suddenly people were fleeing and shouting,” she said.

“I saw two sisters and one brother from Poland that were mourning the death of their two other siblings.

“There were so many Muslim people who were victims because I could see they had scarves over their head and some were speaking Arabic, one family lost a mother and in Arabic, they were saying she’s a martyr,” she said. “People were celebrating and it was so peaceful, it was a festive vibe, it was right after the fireworks that the truck came and ran over people.”

Restaurant owners on the beachfront described sheltering panicked crowds who were fleeing and screaming.

A reporter for the French news agency Agence France-Presse described seeing a white vehicle driving at high speed on to the promenade.

“We saw people hit and bits of debris flying around,” he said, adding that the incident took place near the Hotel Negresco.

The French president, François Hollande, rushed back to the Paris government crisis centre from a visit to Avignon. Earlier he had given his traditional Bastille Day address saying that France’s state of emergency, in place since November’s Paris attacks would end on 26 July.

Wassim Bouhlel, a Nice native who spoke to the Associated Press, said he had seen the truck drive into the crowd then witnessed the man emerge with a gun and start shooting. “There was carnage on the road,” Bouhlel said. “Bodies everywhere.”

A spokesman for the new UK prime minister, Theresa May, said she was being kept up to date on events, adding: “Our thoughts are with all those affected by this terrible incident on what was a day of national celebration.” 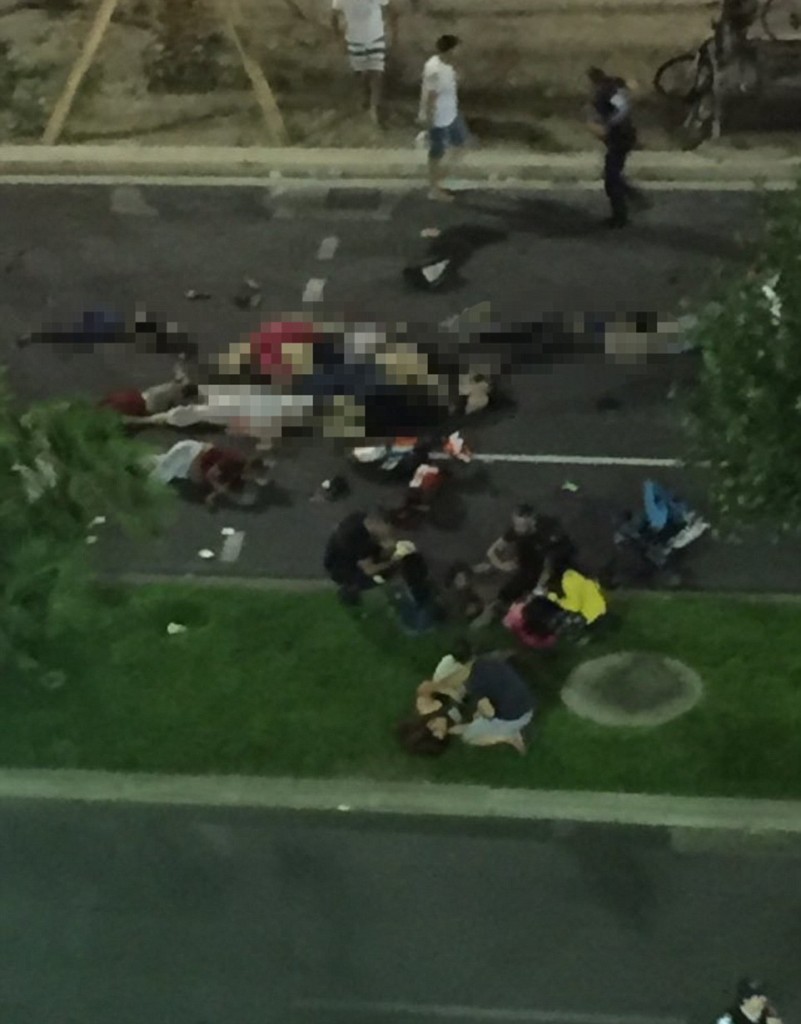 Le Kim Khai died after his wife Phan Thi Kim Chuong squeezed his testicles so hard for five minutes after...