Aarthi Agarwal Dies At 31, From Cardiac Arrest, A Month After Liposuction Surgery 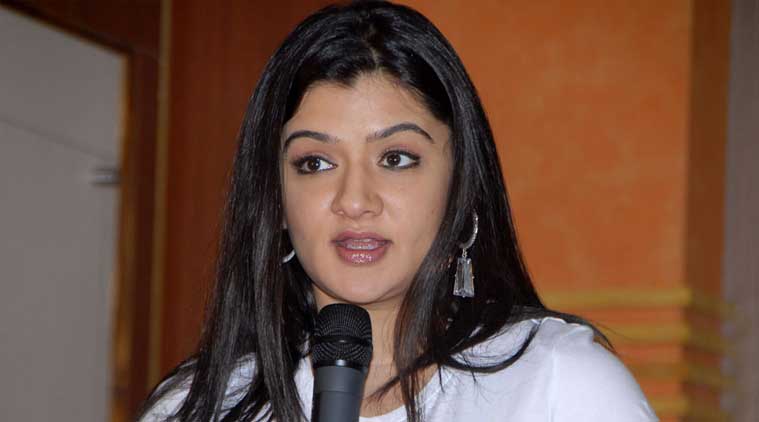 via Indian Express:
Actress Aarthi Agarwal, 31, who has acted in around 21 Telugu, Tamil and Hindi movies died after suffering a cardiac arrest due to respiratory complications at a hospital in the US on Saturday. Only on Friday, her latest film ‘Ranam 2′ in Telugu was released across theatres in Telangana and Andhra Pradesh.

Aarthi, who suffered from asthma for several years, had undergone a liposuction surgery about a month back but post-surgery she developed respiratory problems and is said to have suffered a cardiac arrest on Saturday while recuperating at a hospital in Atlantic City, New Jersey.

Born and raised in New Jersey, Aarthi Agarwal made her acting debut in Hindi movie `Pagalpan’ when she was only 16. The film bombed in at the box office. She moved to Tollywood and made her Telugu debut in 2001 in the hit film `Nuvu Naaku Nachav’. She did two other Telugu films that year and soon after, was regarded as the toast of Tollywood.

Her career began to flourish. In 2002 she did four films, three in 2003 and four in 2004. She was one of the few non-Telugu speaking actresses to have worked with popular Tollywood stars like K Chiranjeevi, N Balakrishna, A Nagarjuna, D Venkatesh, G Mahesh Babu, Ravi Teja, and Jr NTR.

In 2005, Aarthi Agarwal acted in five movies including a cameo appearance which may be marked as her career’s high. After acting in three other movies which did well, Aarthi’s career began to slump in 2007, this was around the time she married an America-based engineer which ended in divorce in 2 years.

Sources in Tollywood say that like Aarthi, there are many young Telugu artistes who battle depression and obesity after hitting a rough patch in their acting careers.

V Uday Kiran — who starred with Aarthi in the 2002 hit Telugu movie ‘Nee Sneham’ — was one such victim. He committed suicide in January 2014 after many years of professional struggle and a personal financial crisis.

In fact, after four successive flops and a bitter end to an alleged romantic relationship with a Tollywood actor, Aarthi is believed to have attempted suicide in March, 2005 at her home in Hyderabad. Her sister Aditi Agarwal – also a Telugu actor – was in the news in 2007 after being arrested at her sister’s wedding for attacking a local reporter who extensively covered Aarthi’s suicide attempt.

A bright pink designer handbag has become the most expensive in the world after it sold for £150,000 at auction....