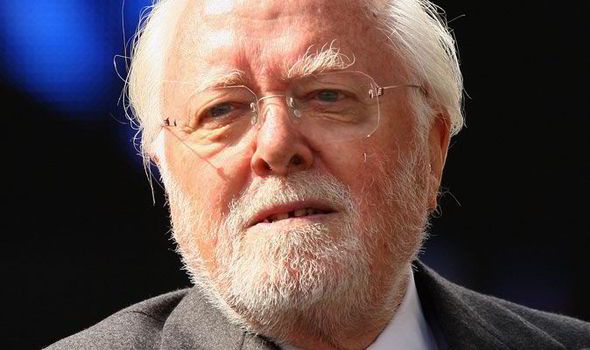 via BBC:
Oscar-winning British film director Richard Attenborough has died at the age of 90, his son has said.

Lord Attenborough was one of Britain’s leading actors, before becoming a highly successful director.

In a career that spanned six decades, he appeared in films including Brighton Rock, World War Two prisoner of war thriller The Great Escape and later in dinosaur blockbuster Jurassic Park.

As a director he was perhaps best known for Gandhi, which won him two Oscars.

Sir Ben Kingsley, who played the title role, said he would “miss him dearly”.

“Richard Attenborough trusted me with the crucial and central task of bringing to life a dream it took him 20 years to bring to fruition.

Lord Attenborough had been in a nursing home with his wife for a number of years, BBC arts editor Will Gompertz said.

He had also been in a wheelchair since falling down stairs six years ago, our correspondent added.

His son told the BBC that Lord Attenborough died at lunchtime on Sunday.

His family is expected to make a full statement on Monday.

Lord Attenborough leaves behind his wife of 69 years Sheila Sim and their three children Michael, Jane and Charlotte Attenbourough. Our condolences to the family and friends of Lord Attenborough.

Woman Spends Over £18,000 To Look Like Kim Kardashian, Now In Serious Debt