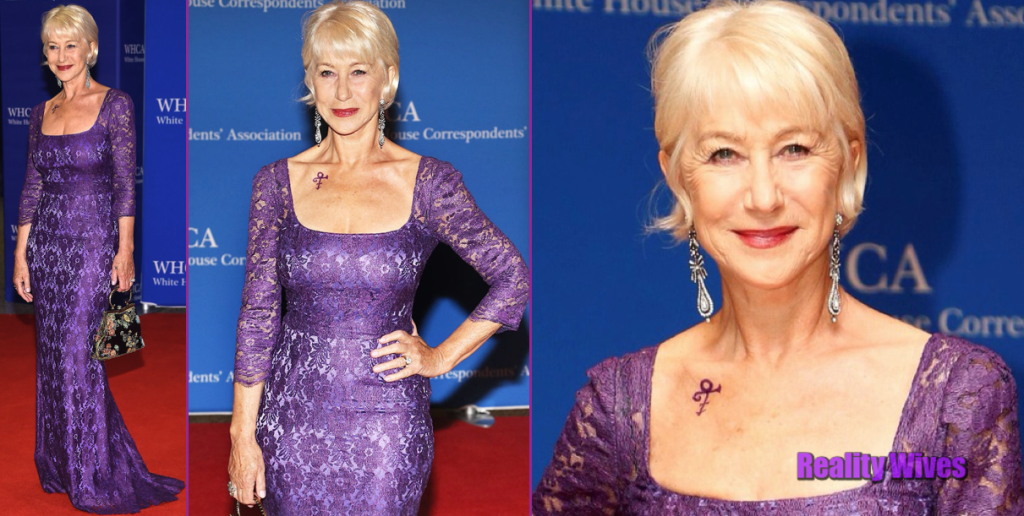 Dame Helen Mirren paid tribute to the late legend Prince, by sporting a purple gown and special tattoo for the evening.

Prince, passed away on the 21st April, so Ms Mirren was shown pointing to a small faux tattoo on her collarbone as she arrived at the event. The mark was the symbol that Prince used in 1993 that led to people calling him “the Artist Formerly Known as Prince” until he changed the name back in 2000.

“I admire great artists and he was a great artist,” the 70-year-old Oscar winner told the Washington Post of the late music legend, “I’d love to say that Prince himself did it in 1988 or something, instead of me in the bathroom this morning,” she said.

We love Dame Helen, this is just one of the reasons why!

I'm sick & tired of the whole Misse/Currant/Dawn situation. It's over & done. The parties involved have apologized & moved...