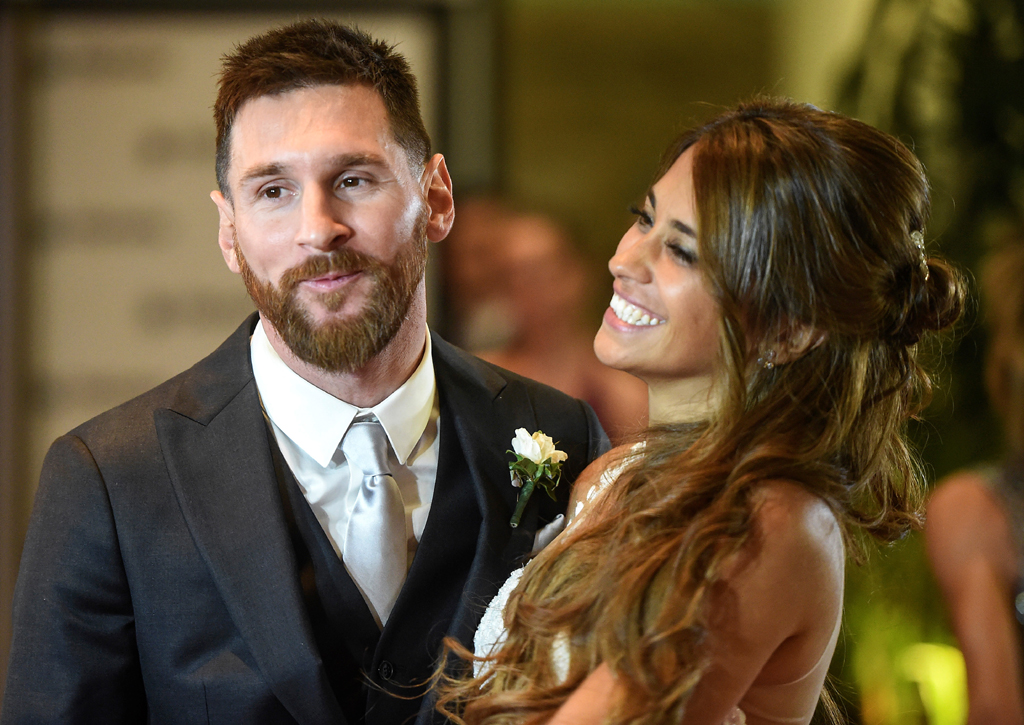 Argentine football star Lionel Messi has married his childhood sweetheart in his hometown in what has been called the “wedding of the century”.

A civil ceremony for Messi, 30, and Antonela Roccuzzo, 29, was held at a luxury hotel in the city of Rosario.

Football stars and celebrities were among the 260 guests, with hundreds of police deployed for the event.

Messi, the Argentina and Barcelona forward, met Roccuzzo as a child before he moved to Spain aged just 13.

Among the guests at Friday’s wedding were Messi’s Barcelona teammates Luis Suárez, Neymar, Gerard Piqué and his wife, Colombia’s pop star Shakira. A number of guests flew into Rosario on private jets.

Earlier, crowds gathered at the local airport to try to spot some of the famous guests. 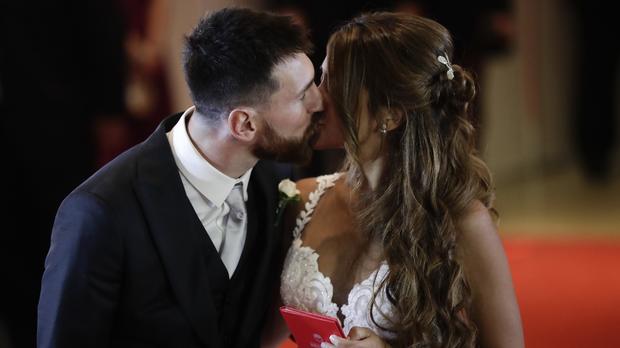 A private security firm was working inside the hotel to keep out potential gatecrashers.

About 150 journalists received accreditation to enter a special press area, but were not given full access to the venue, organisers said.

Messi met Roccuzzo when he was just five years old. She is the cousin of his best friend, Lucas Scaglia, who also became a professional football player.

Messi accepted an offer to play for Barcelona when he was 13, on condition that they pay for treatment for his growth hormone deficiency.

He has spoken about the difficulties he faced on leaving behind his loved ones and former club.

The couple, who now live in Barcelona, have two sons together.

In May, his appeal against a 21-month jail term for tax evasion in Spain was rejected. He is unlikely to go to prison as the sentence can be served under probation or possibly avoided by paying a fine.

The event was held at Rosario’s City Center hotel complex, which has an adjoining casino.

Roccuzzo, 29, was widely expected to wear a dress by Rosa Clara, a Barcelona-based designer who has dressed actress Eva Longoria and Spain’s Queen Letizia.

Aside from a “sushi station”, the menu was a very Argentine affair, including empanadas (traditional pasties) and all parts of the cow, from a casserole of sweetbreads to blood sausage.

Messi invited the Barcelona squad, including Neymar, Luis Suárez and Gerard Piqué, who arrived in Rosario in a private jet with his wife, Colombian pop-star Shakira.

Clarín reported that Messi did not invite any of his recent coaches, including Pep Guardiola, who is now at Manchester City.

Argentina’s other big football legend, Diego Maradona, was also omitted from the list, according to the local press.

The port city of Rosario sits on the banks of the Paraná, about 300km north-west of Buenos Aires in the centre of the country.

Another famous Argentine to have spent his early years here is Ernesto “Che” Guevara.

He has been a local hero since his days as a star player for Newell’s Old Boys.

The team has a staunch rivalry with nearby Rosario Central, similar to that of Boca Juniors and River Plate in Buenos Aires.

Mel B Has Squandered Her $50M Spice Girls Fortune, court is told as her estranged husband demands she sells $8...