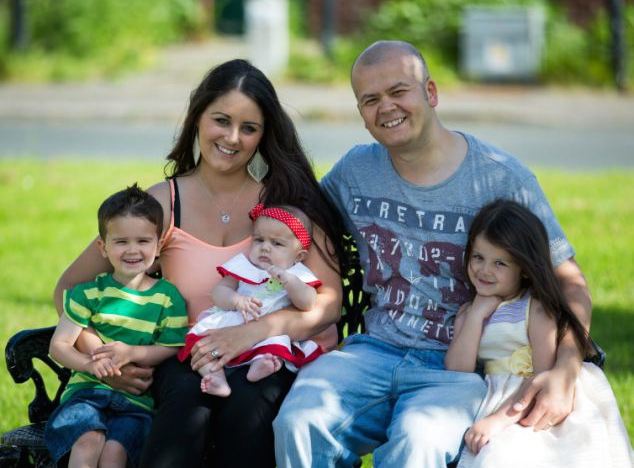 Michelle Hui was six weeks and two days pregnant when she suffered a miscarriage while walking to the train station.

A series of scans confirmed her loss and she had to take two abortion pills to clear her uterus. Michelle was then told she had potentially dangerous blood clots in her womb and would have to have surgery to remove them. When the mother of two returned to the Rotunda Hospital in Dublin to have a final treatment to complete the process, the scan revealed a heartbeat.

She did not know, but she was originally pregnant with twins, with Megan incredibly surviving the initial miscarriage and the pills.

Michelle said: “The doctor went out and came back in with a more senior doctor and he did the scan again and he said, ‘You are not going to believe it, we’ve got a heartbeat’. It was the best feeling ever. The doctor said that in all his 25 years he’d never come across another case like it.”

In February Michelle, 31, and her husband Ross, 33, welcomed their ‘miracle’ daughter Megan into the family.

Megan is now 18 weeks old and Michelle describes her as “a big healthy pudding of a baby”.

The case has stunned doctors and midwives. Association of Radical Midwives spokeswoman Katherine Hales said: “It really is an extraordinary case and I would be interested to see if in fact there is even another case out there like this.”

Jennifer Butler, 29, says she is moving to America to marry Christopher Mosier, 23, when he is released from prison...