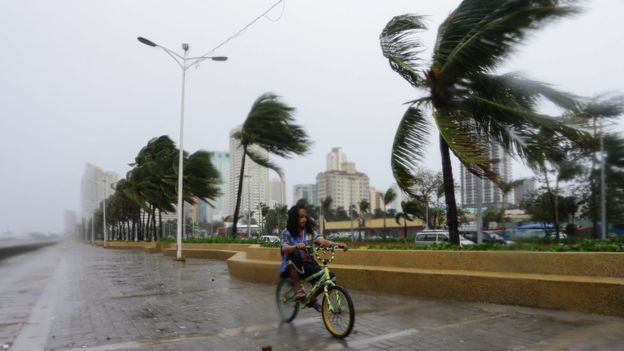 via AP:
Slow-moving Typhoon Koppu weakened Sunday after blowing ashore with fierce wind in the northeastern Philippines, toppling trees and knocking out power and communications. Officials said there were no immediate reports of casualties.

More than 14,000 villagers have been evacuated from the typhoon’s path, including in towns prone to flash floods and landslides and coastal villages at risk from destructive storm surges, said Alexander Pama, who heads the disaster-response agency that has overseen evacuation and pre-deployment of rescue contingents.

After slamming into Casiguran town in Aurora province shortly after midnight, the typhoon weakened slightly and slowed considerably, hemmed in by the Sierra Madre mountain range and a high pressure area in the country’s north and another typhoon far out in the Pacific in the east, government forecaster Gladys Saludes said.

By mid-Sunday, the typhoon had blown westward and further inland and was whirling over rice-growing Nueva Ecija province east of Aurora with sustained winds of 150 kilometers (93 miles) and gusts of up to 185 kph (115 mph). Satellite images show that the typhoon appeared to be losing its eye, a sign of its dissipating strength, according to acting weather bureau chief Esperanza Cayanan. 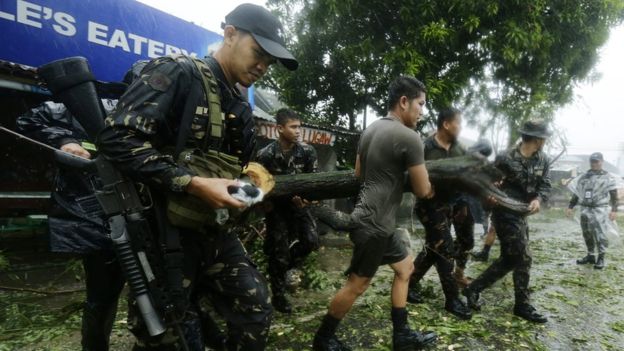 Soldiers are helping to clear debris from the roads

In the afternoon, the storm slightly picked up speed and was shifting from a westward course to one veering toward the north at a still slow pace of 5 kilometers per hour (3mph), she said.While weather had begun to improve in some Aurora towns, where villagers have started to clear roads of fallen trees and debris, Koppu still packed a ferocity that could set off landslides and flash floods, officials said. 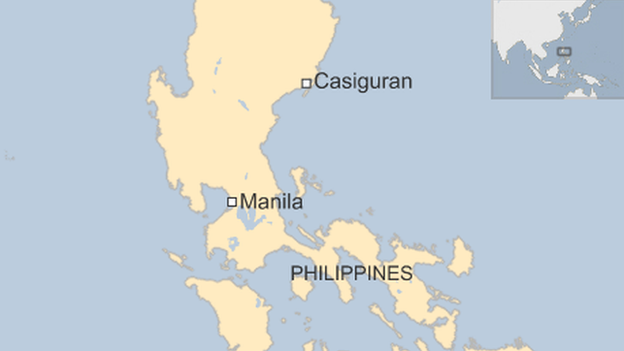 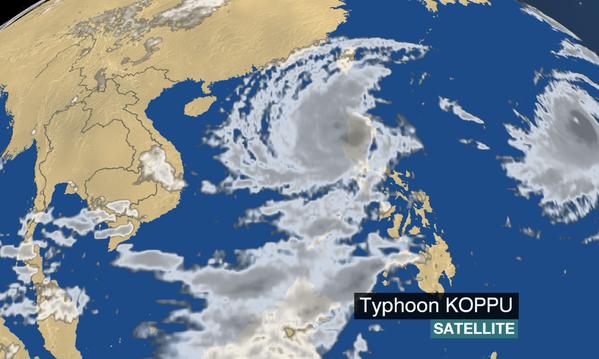 Last week Angelababy married one of China’s leading actors, Huang Xiaoming, in a lavish ceremony at the Shanghai Exhibition Centre...