Annegret Raunigk: 65-Year-Old Is The Mother Of 17 Children After Giving Birth To Quadruplets, 3 Months Premature

Last month we reported a story about Annegret Raunigk, who at 65-year-old was to be the oldest mother of quadruplets. Ms Raunigk underwent a cesarean section at 26 weeks on Tuesday in Berlin. She named her boys Dries, Bence and Fjonn, and her daughter’s name is Neeta according to RTL.

Her decision to conceive again was controversial. She said she wanted to have another child as her youngest child, Leila, 10, wanted a sibling. 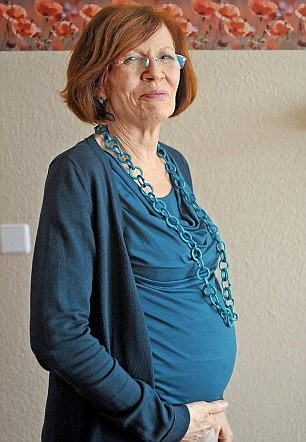 Her tenth child, Velten Raunigk, 27, spoke out against her decision to have even more children.

“I don’t think it is a good thing for mum to be having even more babies.”

He said that his youngest sister Leila, who turned ten earlier this year, is already bullied at school because of her “grandma mum” and he and his siblings fear they will be left to bring up the quads if anything happens to his aging mother.

He said the family learned about her pregnancy after a family gathering earlier this year.

“I remember mum drank no wine and she seemed to be wearing extra-wide clothes. I had a feeling even before she told us.”

He said his youngest sister Auda, 22, broke the news to him.

“I learned she had gone abroad and was artificially inseminated and was expecting quadruplets.”

Mr Raunigk continued, “My youngest sister Leila is ten. I know she is bullied at school because her mum looks like her grandmum. How will that work with quadruplets?”

His father Ulrich died at 63 in 2008. He had nine children with Annegret, two others were born earlier and fathered by other men.

“Shortly before the reunification of Germany my parents separated. He took the eldest five with him but he didn’t stop caring for us others.”

Ms Raunigk, previously made headlines in Germany when became the oldest women in Germany to conceive naturally when she had her daughter Leila at the age of 55. She has 13 children, the oldest is 44, her children have five different fathers.

Although Mr Raunigk criticises his mother’s decision, he says she is a good mother: “Whenever we had problems she was always their for us.”

“After the break with my father she flew us all off to Mallorca for a beach holiday. The two weeks I spent there was the best experience of my childhood years. Despite disagreeing with her, if she needs help and support in the future, we will be there for her. Our family sticks together.”