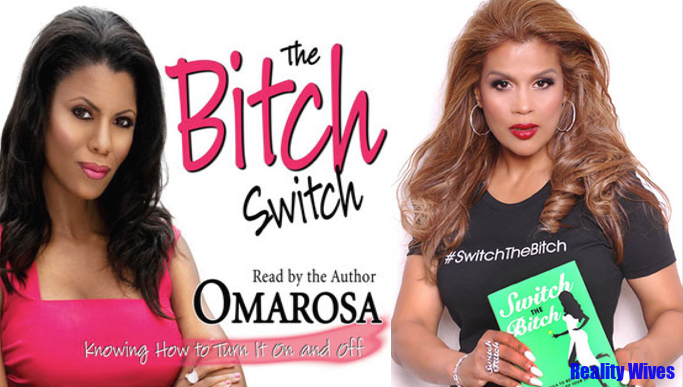 Real Housewives Of Melbourne newbie Pettifleur Berenger has been promoting her newly released self-help book Switch The B*tch, during her first season on the hit reality show. But unfortunately the 50-year-old property developer’s title sounds far too familiar.

Former The Apprentice constant Omarosa Manigault in the USA, who published a similarly named, The B*tch Switch: Knowing How To Turn It On and Off

, in 2008, is preparing to slap the Australian with a cease and desist letter.

The American, who made her television debut on the original season of Donald Trump’s show back in 2004, has enlisted the help of commercial and criminal lawyer, Bradford Cohen and is calling for Pettifleur’s book, released just last month, to be pulled from stores.

The full title of Pettifleur’s book is, Switch The B*tch: My Formula to Being the Champion of your Life, not the Victim

“When a woman acts assertively, makes demands, and struggles for what she wants, she is labeled a bitch. Not being able to locate your switch leaves you open to being a victim; not knowing how to turn it off will get you a label that is hard to shake,” it reads.

What are your thoughts? Do you think the book titles are the same, they are pretty long. Post your comments below.

Anna Ursu, 18, and a friend went to a train station in the town of Iasi in the northeast of...