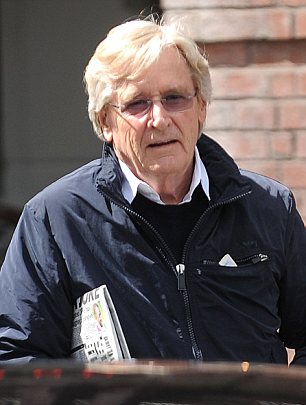 The 81-year-old actor (pictured arriving home tonight) who has played strait-laced Ken Barlow for five decades, has been charged with two counts of raping a 15-year-old girl in 1967. He was held during a breakfast time swoop at his home in Wilmslow, Cheshire, this morning. Roache will not appear in Coronation Street while the police continue to investigate the allegations against him. He has faced a backlash following his claim that people should not be judgmental but ‘totally forgiving’ of paedophiles.

Police stood guard outside Roache’s Wilmslow house earlier in the day. The arrest is not part of Operation Yewtree, the sex abuse investigation established after revelations about the late entertainer Jimmy Saville.

This just gets from bad to worse. I grew up on Coronation Street.

The beauty has decided to pose for the calendar to raise money for the Great Ormond Street Hospital, her favourite...