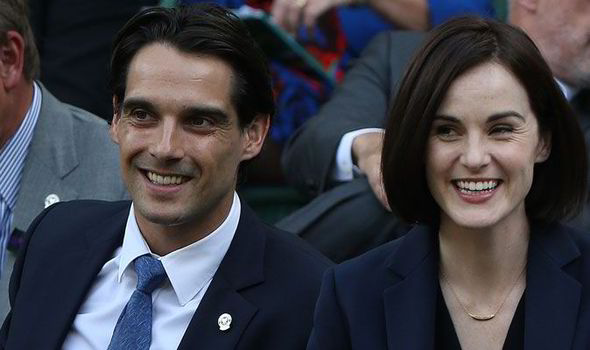 John Dineen, a PR professional from Ireland, died at a hospice in Cork on Sunday, two days before the actress’s birthday.

Ms Dockery – who has found worldwide fame playing widowed Lady Mary Crawley in the ITV period drama – is said to be devastated but has thanked fans for their ‘support and kindness’.

She had flown back from promoting Downton in the US to support him and was with him in his final hours. She is now said to be comforting his grieving family.

A spokesman for Ms Dockery said: ‘The family is very grateful for the support and kindness they have received but would kindly request that they are left to grieve in private.’

Mr Dineen had been working in London but went back to Ireland to spend time with his family after he was diagnosed with cancer.

He is understood to have flown to Germany for treatment earlier this year, but died in Cork’s Marymount Hospice on Sunday.

The couple are said to have been dating since 2013 after being introduced by Downton co-star Allen Leech.

Ms Dockery has said little about their relationship, but commented in 2014: ‘I have a wonderful man in my life from Ireland. We were introduced by Allen Leech. That’s all you need to know.’

She also praised him in a recent magazine interview, saying: ‘I’ve got people around me who I can turn to for advice: my mum, and my partner, John.’

Ms Dockery, 34, reportedly showed off an engagement ring to her other fellow Downton stars during a script read-through at the start of the year.

A source said at the time: ‘She’s over the moon and was showing it off to all of the cast and crew.’

A friend of Mr Dineen said of their introduction: ‘John is from Ireland and went to University in both Cork and Dublin before coming to London.

‘He is very private and softly spoken but he has really been taken by Michelle. Allen is an old friend and appears to have played Cupid.

‘Friends have joked that they must have also been drawn together because of their Irish connections.’

Leech, who plays Tom Branson in the ITV period drama, previously said said of introducing them: ‘John’s like family to me and I knew he’d really get on with Michelle. She’s a great girl – probably as far from Lady Mary as you could imagine.’

Mr Dineen grew up on a farm on the outskirts of Cork and later moved to the UK to work in financial PR.