Home » Television » Idris Elba Is Back As Luther, On The BBC After Three Years

via Daily Mail:
Both the coolest and most troubled maverick detective on British television was back in Luther.

A gripping one-off two-part special found DCI John Luther pitting his wits against yet another freakishly ingenious serial killer – a computer whiz who also happened to be a cannibal. Not a good combination.

His return represented something of a mixed blessing though.

On the one hand it was good news for fans of Idris Elba (i.e. all of us).

On the other, the storyline and style of the show left viewers with a more vivid imagination risking a sleepless night afterwards, wondering if they had just heard a strange noise imagine downstairs or there really was someone creeping around about to open the bedroom door (all of us again).

Your heart went out to anyone watching who was home alone, about to do the late shift in an office, or working for the London Tourist Board.

Images of the city’s shiny attractions have become obligatory in modern dramas these days but here were restricted to one distant shot of the Gherkin. Instead they were replaced by a grim, grimy, gory, urban wasteland beset with a techno weirdo spying on us in our homes and nutters emailing fetish websites with names like Cannibal Erotica.

‘They were exchanging intensely detailed fantasises about how they wanted to kidnap, rape and cook and eat young women and teenagers,’ as one cop said.

‘What did he do with the heart?’ DCI Theo Bloom asked, arriving at one spectacularly bloody crime scene.

‘He ate it,’ his boss said simply. Gulp.

Luther was like a less glossy, less glamorous version of Hannibal – the UK version – with elements of another Gillian Anderson thriller The Fall thrown in.

The way the killer phoned one victim’s mother was particularly unpleasant.

‘I was with him when he died,’ he told her chillingly. ‘He was asking for you at the end, when he couldn’t fight anymore. ‘Mum, mum…’ He was so scared of dying.’

To quote Crimewatch, don’t have nightmares…

No wonder they called in Luther. His old boss brought back him from the ‘leave of absence’ enforced after his previous case in which the charming, shambling, detective had become involved with Alice Morgan, a seductive psychopath. Well we’ve all done it…
The first episode of the fourth season will air on BBC One on 15 December 2015. A three-hour special event will air on BBC America on 17 December 2015!!!! 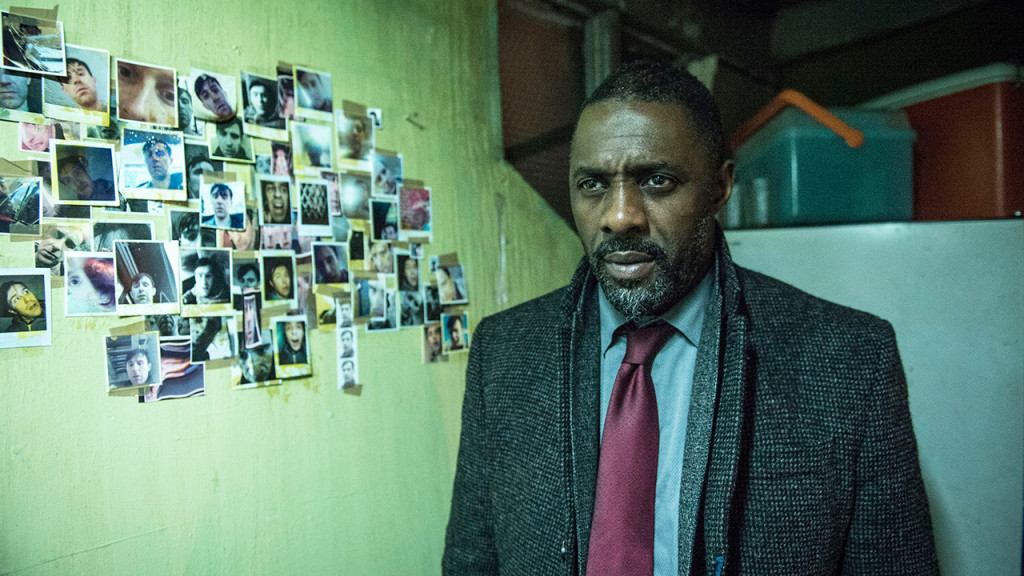 The Luther special airs in the USA on BBC America on the 17th December at 9/8c.

Golden Globe® winner Idris Elba returns to his iconic role as a self-destructive near-genius detective on the edge of law enforcement. Luther makes its highly-anticipated return in a one-night special event on Thursday 17th December at 9/8c.

Detective Chief Inspector John Luther may never be able to walk away from capturing the tormented psychopaths that lurk the streets of London. His attempt to leave the darker side of humanity behind for a chance at a “normal” life is quickly thwarted.

Rolling Stones' rocker, Ronnie Wood is set to become a father again at the age of 68. more