Gina Liana is the no nonsense barrister who has become one of Australia’s biggest reality TV stars.

In addition to starring in the Real Housewives of Melbourne and The Celebrity Apprentice, Gina Liano is also a entrepreneur with several product lines to her name.

The fragrance will be available to the public through budget chain Chemist Warehouse from March.

Gina’s launch was supported by close friend and fellow designer Lisa Tonkin, who has made several appearances on the Real Housewives of Melbourne as a mutual friend of the ladies.

The fragrance launch of "Gina by Gina Liano. Thanks to @chemist_warehouse_official for a perfect night @chadstone_fashion xxxx #teamgina #thedollhouse #portiaandscarlett dress #imlingerie vest. Thanks again to @mauri76223 for the beautiful launch photo xxxx

Gina who is the younger sister of famous fashion designer Bettina Liano also has her own line of bedazzled pumps and heel, which sell for $440 a pair on her official website.

She also sells blinged-out clutches for $360 a piece, and earlier this year she released her best-selling autobiography, Fearless. 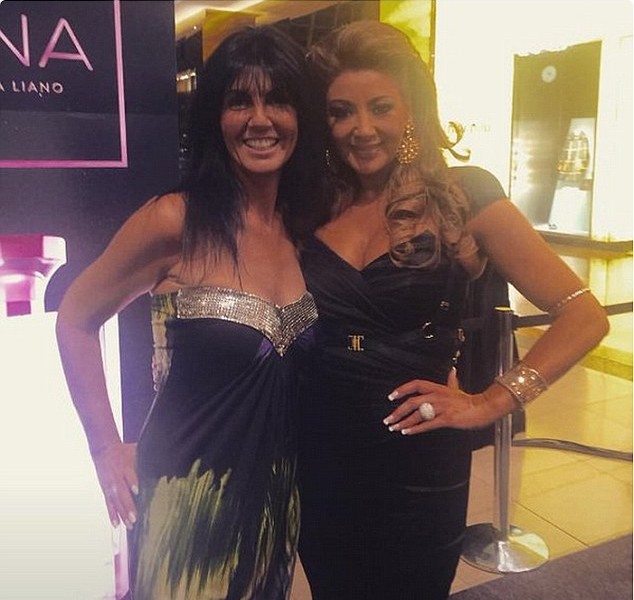 Gina is joined by friend Lisa Tonkin for her fragrance launch

The reality star will be back on screens soon when season three of the Real Housewives of Melbourne premieres on Arena early next year.

The rugby world is in mourning following the tragic death of All Blacks legend Jonah Lomu. The former New Zealand...