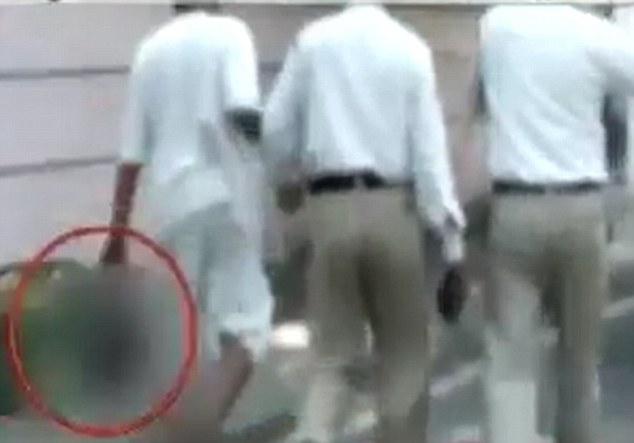 In a bizarre and shocking incident, a man beheaded his wife and walked on the road with her head on Friday.

60-year-old Ramu Chavan from Pune, India, was spotted on the street with his wife’s head and an axe.

Mr Chavan, a security guard, killed his 45-year-old wife, Sonubai, after suspecting his wife having an affair with their son-in-law.

Mr Chavan was taken into custody by police after he was found casually strolling the street holding the severed head of his wife, holding on to the hair, in one hand and the axe in the other.

The man, who was directed to the police station by constables, carried his wife’s head by holding on to the hair even as shocked bystanders watched on the street.

He has been arrested for murder.

Bangladesh cricketer Shahadat Hossain has turned himself in to face charges of torturing an 11-year-old housemaid. more