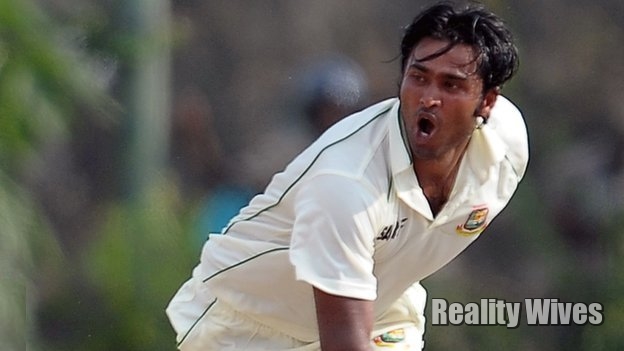 via BBC:
Bangladesh cricketer Shahadat Hossain has turned himself in to face charges of torturing an 11-year-old housemaid.

The fast bowler, 29, had been missing since 6 September when allegations were first made about him and his wife.

The court has rejected the bail petition submitted by Hossain and has sent him to jail, a day after his wife [Nritto Shahadat] was arrested by police.

The country’s cricket board has suspended him from all forms of the game until the charges are cleared.

Who is Shahadat Hossain?

Hossain is a medium-fast bowler who is arguably Bangladesh’s most famous player. He has played for the Tigers since 2005.

He has taken 70 wickets in 36 Tests and 47 wickets in 79 one-day internationals, with best figures of 6-27. Domestically, he plays for Dhaka Division.

Hossain last played for Bangladesh in a Test match against Pakistan in May, when he twisted his right knee and was ruled out action for six months.

He was the first Bangladesh player to have his name added to the Lord’s honours board when he took 5-98 against England in May 2010.

Real Housewives Of Cheshire | Dawn Ward: “Are We Friends? Not All Of Us, NO!”

Real Housewives Of Cheshire’s Dawn Ward, 41, spilled the beans on the cast during a charity event in Liverpool. more