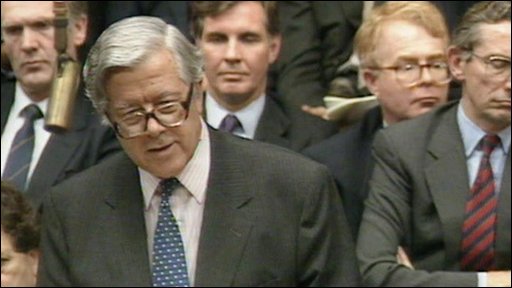 via BBC:
Former Chancellor Lord Geoffrey Howe has died after suffering a suspected heart attack, his family has announced.

The Conservative politician, who served as chancellor for four years under Margaret Thatcher, died on Friday night.

His resignation speech in 1990 is widely seen as a central factor in Lady Thatcher’s downfall as prime minister.

David Cameron led tributes to Lord Howe, saying: “The Conservative family has lost one of its greats.”

The prime minister described him as “the quiet hero of the first Thatcher government”.

“George Osborne and I benefited greatly from his wisdom and determination to improve the state of the country,” he added.

During his time as an MP, Lord Howe also served as deputy prime minister and leader of the House of Commons and was Lady Thatcher’s longest-serving Cabinet minister.

But BBC political correspondent Robin Brant said his resignation had a “devastating impact” on her premiership.

Lady Thatcher later said he had become a “source of division and a focus of resentment”.

His family said Lord Howe died at his home in Warwickshire after attending a jazz concert with his wife Elspeth.

A statement added: “There will be a private family funeral, followed by a memorial service in due course. The family would be grateful for privacy at this time.” 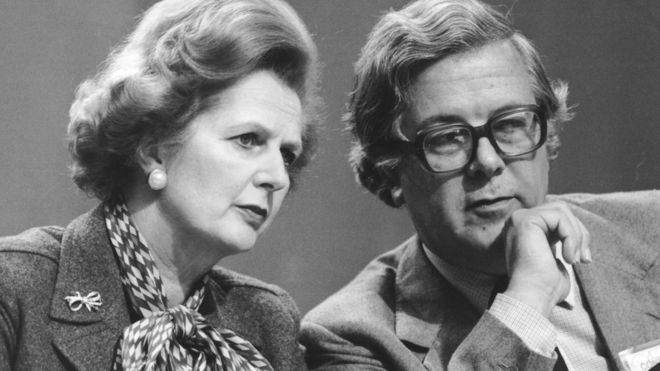