Home » Celebrities » Idris Elba’s Second Wife Sonya Hamlin: “Idris Was Told To Dump Me To Save His Career”

Idris Elba’s Second Wife Sonya Hamlin: “Idris Was Told To Dump Me To Save His Career” 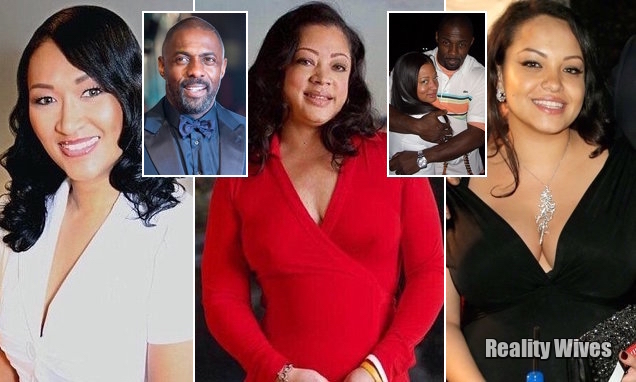 via Daily Mail:
When The Jungle Book opened to rave reviews on Friday, packed audiences were treated to a galaxy of star names – or their voices at least. But no one in the lavish CGI production had more magnetic quality or sheer presence than Idris Elba, the growling voice of Shere Khan, the tiger who hopes to become king of the jungle.

It is yet another triumph for 43-year-old Elba, a British actor who has climbed from poverty in East London’s Canning Town to the upper reaches of the Hollywood A-list, with leading roles in TV’s Luther, The Wire and the film Mandela. He has even been tipped to play Bond. 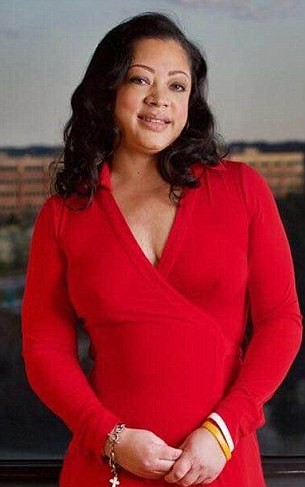 But if his professional drive for stardom has seemed relentless, Elba’s private life has been relentlessly troubled – as those caught up in it know only too well.

Just a few weeks ago, he walked out on Naiyana Garth, the British mother of his two-year-old son. And now another casualty in the long-running and chaotic Idris Elba script has stepped forward with a story of her own.

This is Sonya Hamlin, a beautiful property lawyer and the ‘secret’ second wife to whom Elba was married for just a few brief weeks before, she says, he reached the devastating conclusion that she would get in the way of his career. She was heartbroken.

Today, in her first-ever interview, the 44-year-old gives The Mail on Sunday an unprecedented glimpse into the emotional life and, some might say, the ferocious ambition of Britain’s biggest rising star.

‘People were telling him he was going to ruin his career,’ she says. ‘He was being told it was an important part of his image to be a single sex symbol in Hollywood and being married would damage that.

‘It was very sad. Idris and I were madly in love, but he was getting a lot of flak for being married. Everyone was like, “Dude, you’re the hottest sex symbol!”

‘“It wasn’t the right look”, that’s what they were telling him. I wanted to save the marriage.’

The two had been introduced by a mutual friend in 2006. Not only was Sonya glamorous, she was an accomplished and ambitious lawyer, and seemed to represent the better life to which Elba, who was born in a Hackney tower block, aspired.

For her part, it was ‘pure chemistry’. By that stage, he was well-known in America through his role on The Wire, an HBO crime drama set in Baltimore, but success had been hard-won. Raised in Canning Town, the son of immigrants from Ghana and Sierra Leone, Elba had worked at Ford in Dagenham before turning to acting.

He had a failed marriage behind him, too.

Elba brought his first wife, make-up artist Hanne Norgaard, with him when he moved to New York to launch his career.

However, he struggled to master an American accent and was reduced to working as a labourer and nightclub bouncer.

When Norgaard became pregnant with daughter Isan in 2001, the marriage collapsed, perhaps because of the financial strain. As it turned out, Isan would be born on the very day he secured his role on The Wire, the launch pad for his later success.

A ten-year affair with pole dancer Desiree Newberry followed, and it was during a lengthy break from this that he met Sonya, who lived in Maryland on the eastern seaboard, where The Wire was filmed. 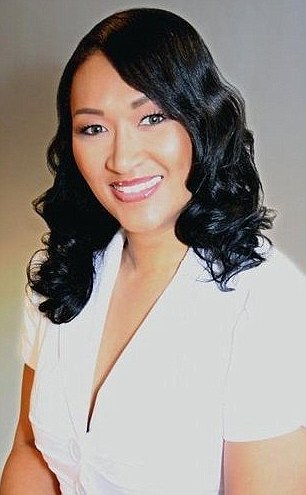 ‘I didn’t really know who he was,’ says Sonya, who studied law in London and Washington. ‘My friend just said he was a really nice guy. He wasn’t a superstar back then. Living in Maryland I was vaguely familiar with The Wire, but I didn’t know who he was.

Elba had just finished a three-year run and was casting around for movie roles. ‘We met at a crowded gathering with a few other people,’ she recalls. ‘But we hit it off. We meshed very well. He’s not shy and neither am I, and we fell very much in love with each other.’

After a whirlwind romance, they moved in together in Maryland.

‘We went on normal dates – dinner, movies – and we used to have fun in the house,’ she says.

‘We used to co-ordinate our outfits when we dressed. And he was a very good cook. If we woke on a Sunday morning we might go out to brunch, or stay at home and make breakfast. Idris loved eggs and porridge, or would cook Jamaican food: he loved aki and saltfish.

‘He’s a homebody. He didn’t like to be out at night. He loves to watch TV, and listen to music. We were very casual. We’d lounge around in jeans and a T-shirt.’

Then on April 8, 2006, they jetted off to Las Vegas, Nevada, to watch the Floyd Mayweather Jnr vs Zab Judah boxing match. Sonya’s comments on Facebook, where she describes herself as a ‘diehard boxing fan’, give colourful insight into her tastes.

‘I must admit I LOVE watching the weigh-ins,’ she writes. ‘Dudes be ripped up!’

But it was Elba who was the victor that night, persuading Sonya to elope for a secret marriage the following day.

‘We didn’t go to Vegas with plans on getting married,’ she says. ‘We were just chilling on sun-loungers early in the day by the pool. I was drinking a Mimosa, and we were talking, and were both in a great mood.

‘We had talked about marriage before and how we would want to keep it plain and simple.

‘We had been together several months already, and knew it was right. We were both madly in love by then, and we were like, “Let’s just do it!” We were both excited. It was a mutual decision. As far as we were concerned, we were going to spend the rest of our lives together.’

The couple sneaked away and went to a jewellery store in the hotel where they were staying. ‘He got me a beautiful diamond ring,’ she says.

‘We picked it and it was not cheap. He was generous.’

They hailed a taxi to the courthouse, picked up a marriage licence, and headed straight for the Little White Wedding Chapel.

‘It took several hours before we made it there, but neither of us was nervous,’ she remembers. ‘When you have that chemistry and you’re that much in love, why would you be nervous?’

She says they exchanged their vows as the sun set. Aside from the officiant, the only wedding guest was a complete stranger: Las Vegas estate agent Daniel Krastev, whom they persuaded to serve as a witness.

Back at the hotel they called their parents, then celebrated in their suite with dinner, champagne and chocolates overlooking the Vegas Strip.

‘It was very beautiful and romantic,’ she says.

A honeymoon was hastily arranged, and the couple flew to Jamaica, still keeping their nuptials a secret.

‘We would sit and chill and talk for hours – about anything and everything,’ says Sonya. But her dreams of domestic bliss rapidly unravelled. While Sonya’s career soared, Elba struggled as he searched for Hollywood roles.

‘I had a flourishing law practice and it was the height of the real estate boom, and he was making the transition into the movie industry,’ she says. ‘It was hard.’

Though Sonya was the breadwinner, Elba refused to exploit her. ‘He’s prideful,’ she says. ‘He wasn’t a kept man – he wouldn’t let me keep him. He’d whip out his wallet and pay for anything. He’d spend his last penny on me. He’s a man’s man.’

But the pressure on their new marriage was intense, and Elba felt the pull of Hollywood, while Sonya was tied to her law practice in Maryland and could not uproot it to be with her husband in California.

Yet the truth may also more hurtful. She believes Elba was also swayed by friends who felt that he should have a bombshell young starlet by his side, rather than a property lawyer, however attractive.

Only six weeks after tying the knot, Elba decided he wanted to end it all. Sonya sighs: ‘Some people used to say, “Why her?” That’s what they were telling him. It used to upset him. He was like, “Why don’t people just let me be happy?”

‘I couldn’t understand how it would damage his career because I saw actors like Denzel [Washington] be successfully married. But I don’t think those actors’ wives are running law firms.’

Elba has acknowledged the difficulty his partners face: ‘You see actors with models and actresses, and it’s so cliched,’ he has said. ‘I’d rather date someone who’s regular. But what happens is that she faces criticism like, “Why her? She’s Miss Ordinary.”’

‘It wasn’t easy for either of us,’ Sonya continues. ‘We sat down here in Maryland and decided we were going to file. We wavered a couple of times. We were both just sad. He hugged me, of course. It was very sad.’

Elba has been honest about what he describes as ‘the randomness’ of his life. ‘I’m not schizophrenic or anything, but literally one day to the next, I can become very different people,’ he has said.

‘It was just bad timing,’ she says. ‘Ultimately, it was a mutual decision.’

But there’s little doubt that for Sonya, who has told friends she was heartbroken, it was a fait accompli.

‘There was no certainty that he was going to go on and be a big star, and he had a daughter to provide for, and maybe he had to make the tough decision. He was protective of me, but he listened to people in his ear. He was the love of my life.’

Afterwards, she struggled to pull the pieces of her life together while Elba chose to pursue fame, winning the role of the BBC’s Luther, and films including American Gangster, Pacific Rim, and Prometheus.

As Elba has admitted: ‘It’s quite a selfish profession being an actor. And it definitely has detrimental effects on your personal life.’

And on others, too. As Sonya admits: ‘I was always successful, and so having a failed marriage was hard, and then my business took a huge plunge in the recession. It was a double-whammy for me. I didn’t date anybody for years.’

For all that, she wishes Elba only good fortune, and insists they remain friends, speaking by phone every few weeks. ‘He’s the best actor you have in Britain, and will probably be the next James Bond, and he’s won awards and Emmys,’ she says, though in reality Elba has earned four Emmy nominations without a win. ‘He’s got an Oscar coming, no question.’ Today, her law practice is thriving once again, and she is in a good relationship. Elba meanwhile has described himself as a lone wolf, a ‘nomadic’ only child.

He recently walked out on his latest love, Naiyana Garth, 28, the mother of his son Winston, who turned two yesterday. As reports circulated Elba was having an affair with American rapper K Michelle, he was seen leaving a New York nightclub with his long-time friend, supermodel Naomi Campbell.

Sonya wonders if she was his last true love. ‘Maybe anything after that wasn’t genuine, otherwise he would have married them,’ she says. ‘I’d be happy for him if he got married again, and he genuinely loved that person. I’m not a jealous person. I want him to be happy, just like I’m sure he wants me to be happy. I don’t think he’s ever going to have a problem being lonely.’

But finding someone to be with isn’t the same as finding love. For Elba that remains elusive quarry.

In episode 2 of the Real Housewives Of Cheshire, Leanne shows us her new house & Dawn & her company...