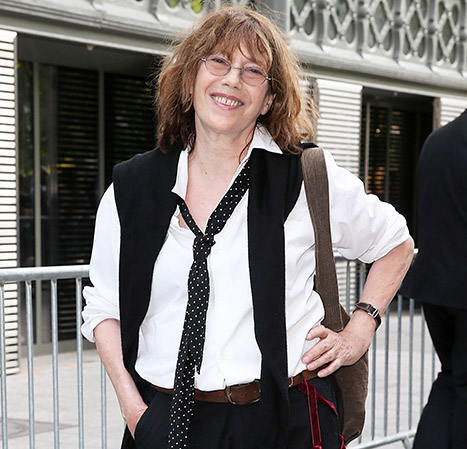 via YAHOO:
British singer Jane Birkin has asked luxury manufacturer Hermes to remove her name from its crocodile-skin handbag after learning of the “cruel” methods used to make the iconic accessory.

Costing tens of thousands of euros, the Birkin bag is a symbol of wealth and is much-loved by celebrities, but the version made out of crocodile skin has attracted the ire of animal rights activists.

“Having been alerted to the cruel practices reserved for crocodiles during their slaughter to make Hermes handbags carrying my name… I have asked Hermes to debaptise the Birkin Croco until better practices in line with international norms can be put in place,” Birkin, 68, said in a statement.

The bag was designed for Birkin in 1984, after a chance meeting of the singer and the then president of Hermes, Jean-Louis Dumas. A young mother at the time, she complained she could not find a bag that was both elegant and practical.

The bag has since become a celebrities’ favourite, beloved of Victoria Beckham, Kim Kardashian and characters in the popular “Sex and the City” television series, among others.

The crocodile version, which costs at least 33,000 euros ($36,000), is one of Hermes’s best-known products, along with its silk scarves and purses named after Grace Kelly.

The handbag, which also comes in cow, calf or ostrich leather, is made entirely by hand in France. Each bag takes 18 to 25 hours to complete.

But the cherished handbags recently became the focus of an expose by rights group PETA on crocodile farms from Texas to Zimbabwe, where the reptiles are allegedly crammed into barren concrete pits before being “cruelly hacked” to death.

PETA said it takes two or three crocodiles to make one Birkin.

“At just one year old, alligators are shot with a captive-bolt gun or crudely cut into while they’re still conscious and able to feel pain,” PETA said.

“The investigator saw alligators continuing to move their legs and tails in the bleed rack and in bloody ice bins several minutes after their attempted slaughter,” it added.

Welcoming Birkin’s decision, PETA said on its website Tuesday: “On behalf of all kind souls in the world, we thank Ms Birkin for ending her association with Hermes.”

The group also called on Hermes to “stop plundering wildlife, factory-farming crocodiles and alligators and slaughtering them for their skins.”

Birkin is perhaps best known as the former wife of late French singer-songwriter Serge Gainsbourg, who penned some of the songs that catapulted her to fame. She also has an acting career.

Contacted by AFP, Hermes did not wish to comment.

In a previous response to the controversy over its crocodile-skin bags, the company said all the farms it works with respect the Washington Convention on International Trade in Endangered Species of Wild Fauna and Flora, and that an audit was underway in one of the farms fingered by PETA.

A Hermès Crocodile Birkin In Pink

Louis Tomlinson is going to be a dad. The One Direction hearthrob is expecting a baby with Los Angeles-based stylist...