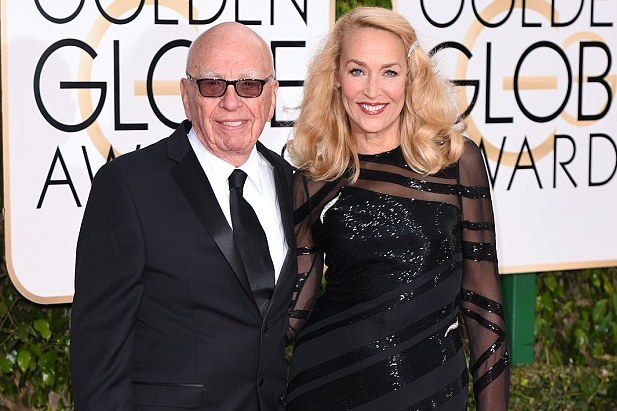 The news announcement was made on the Births, Marriages and Deaths page of the The Times, which is owned by his News Corporation. 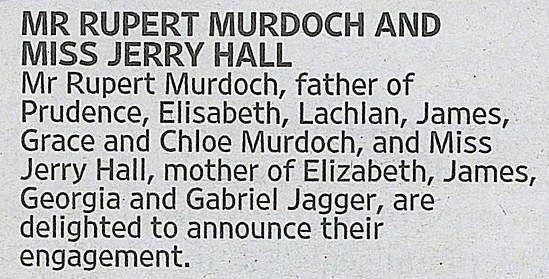 The couple got engaged in Los Angeles over the weekend, where they attended the Golden Globes awards gala.

No date for their wedding has been given.