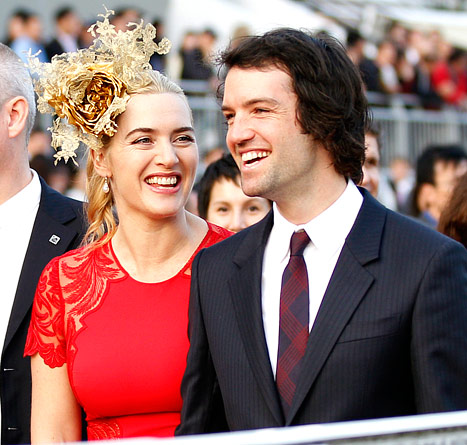 Kate Winslet has given birth to a healthy 9lb baby boy. The 38-year-old actress and her newborn are ‘doing great’ after the birth at a hospital in Sussex on Saturday, her rep told Mail Online.

‘Kate had ‘Baby Boy Winslet’ on Saturday at an NHS Hospital,’ the spokeswoman said, adding that that the new mother and husband Ned Rocknroll were ‘thrilled to bits.’

Kate met Ned while on holiday at his uncle Richard Branson’s Necker Island, they also married there last December. Ned, 35, works on the space-travel branch of the Virgin empire. Rocknroll was born Ned Abel Smith, but changed his name to his unusual monkier by deed poll.

Kate decided to keep her last name and told, telling Us Magazine: ‘I was never going to change my name to Rocknroll. I’ve never changed my name to anything so I didn’t see a reason to start now.’

A midwife told a black mother she should be in the Guinness Book of Records because she had given birth...