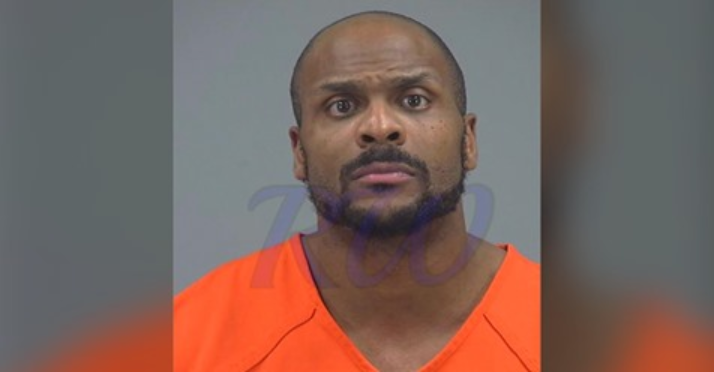 Real Housewives Of Atlanta star Kenya Moore’s ex-boyfriend, Matt Jordan, was arrested in Arizona this weekend for assault and theft.

Matt was arrested on Saturday in Pinal County for trespassing, plus 3 separate charges of aggravated assault, theft and threatening/intimidating with damage to property.

Matt’s bail was set at $3,250, he is still in custody, and has a hearing this week to face the charges.

The initial incident happened in April but, because Matt never showed up in court so he was arrested for trespassing this past Saturday, which revealed the outstanding warrant.

Early Saturday morning, in a Denny’s parking lot, Matt punched his girlfriend, Valerie Bell in the face, in front of a witness.

A witness told police officers cops that Matt snatched Valerie’s cigarettes including the cigarette in her mouth and tried to throw them on the roof. What?

Matt has been arrested on numerous occasions and just can’t seem to stay out of trouble.

Remember when Matt fought with Peter Thomas at a radio station interview?

Kenya also got a restraining order against Matt in 2017, after claiming he was hounding and harassing her by calling her up to 30 times a day and threatening her.

James Bond fans are in for a double treat as the successful movie franchise is about to have its title...