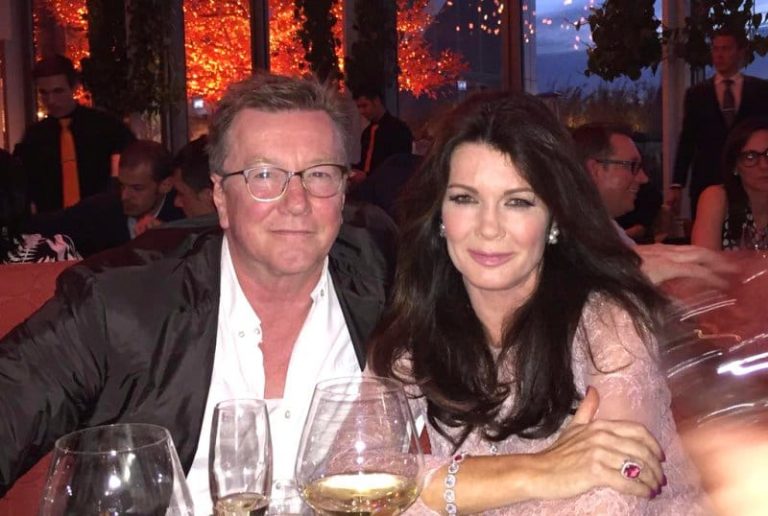 The body of Mark Vanderpump, 59, who worked as a DJ, was discovered at his home in Gloucestershire, England, on the 30th April.

It is not yet clear whether the fatal overdose was accidental or deliberate.

Lisa, 57, has described the tragedy as ‘a shock to us all’ and said she had connected with her brother on April 29 the day before his death.

She says: “This has come as a shock to us all. My brother and I had connected the day before this tragedy and I was completely unprepared for this. He was my only sibling and I am shocked and saddened by his passing. I am trying to be supportive to his two young sons that he has left behind, and help them get through this tragedy. We appreciate your consideration in this private and extremely difficult family time.”

Lisa will be traveling to England for Mark’s funeral.

Mark has appeared on Gold Diggers and Proud where he boasted about how he was happy to throw money at younger women to get them interested in him.

He said he’d just come out of a 22 year marriage and boasted: “I have lots of girlfriends. I enjoy the company of women and I’m dating four or five women at a time.”

He also had an affair with businessman, Mike Ramsay’s, then 34-year-old wife Gemma Ramsay allegedly with Mike’s permission.

Mike, 63, said during court after threatening to kill his wife , “It was better to have an adulterous wife than have no mother for our two children.”

Back in January of this year, restaurant goers at The Waverly Inn in New York City heard Mark and Lisa have a argument.

A guest states: “Lisa and her husband Ken and daughter Pandora were eating dinner with her brother Mark and a few others. They were all obviously really upset. Lisa and her brother were shouting at each other so that the entire restaurant could hear!”

Mark was divorced after 22-years and leaves behind two sons and sister Lisa.