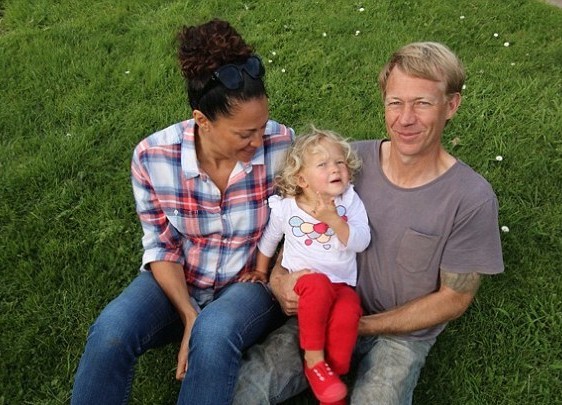 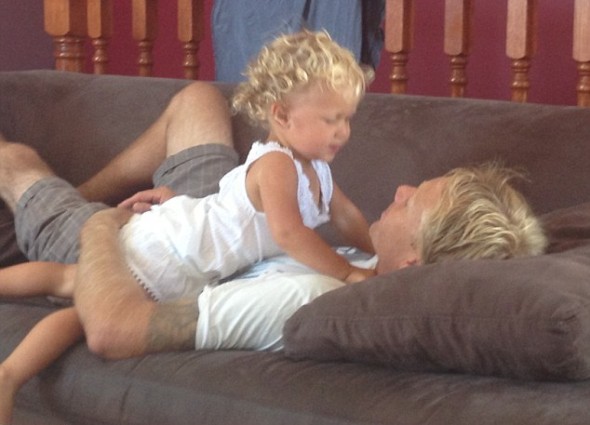 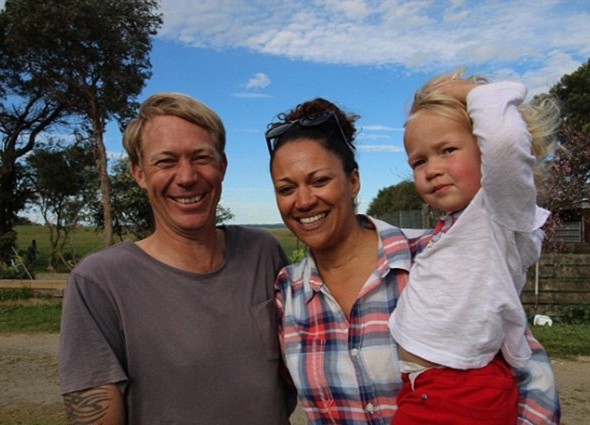 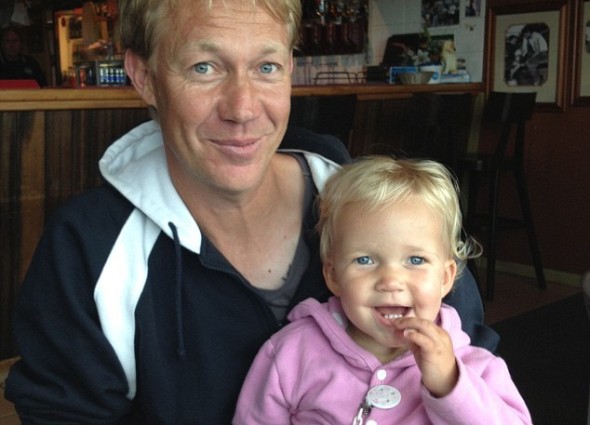 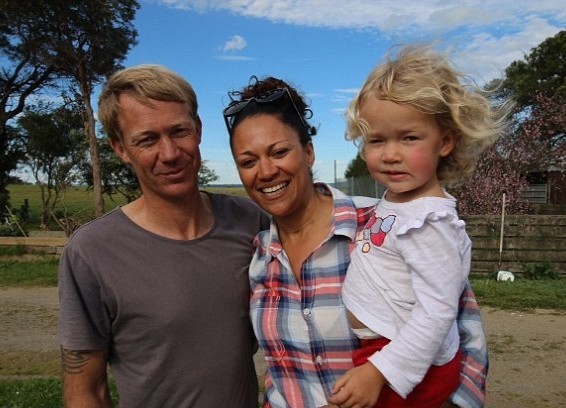 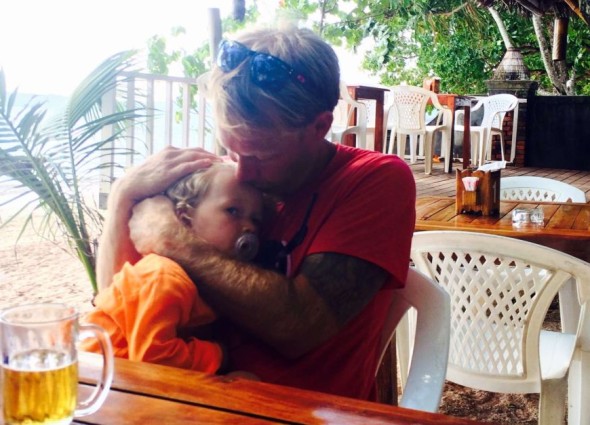 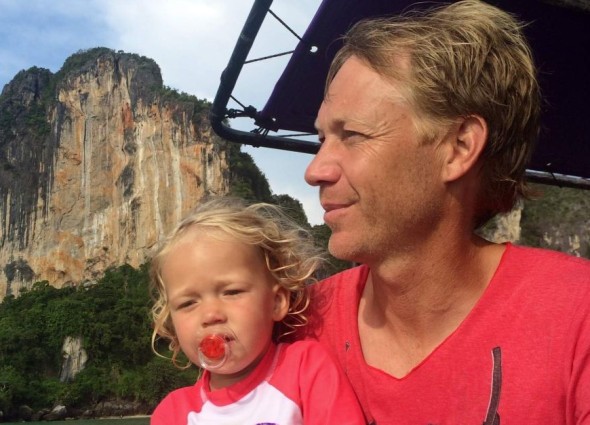 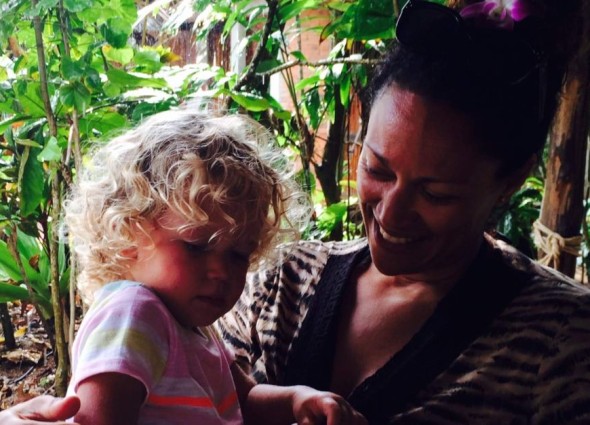 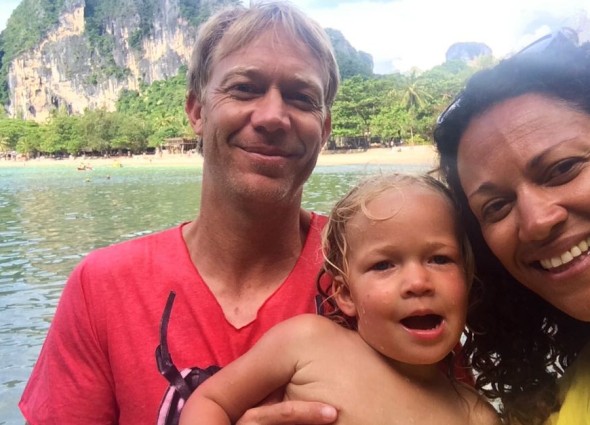 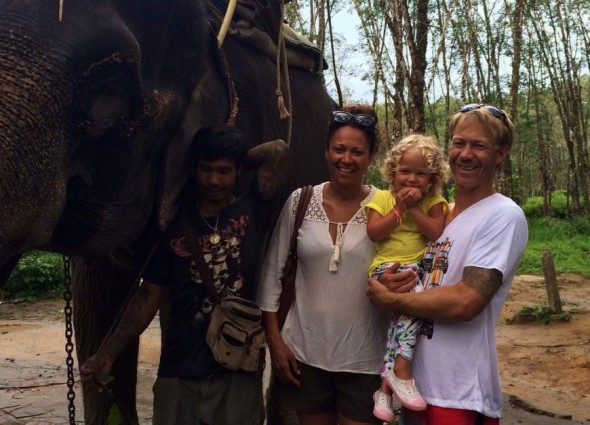 via ABC AU:
The back-to-front romance of IVF recipient Aminah Hart and her anonymous sperm donor, Scott Andersen, has moved up a notch with the announcement of their engagement.

The couple was holidaying in Thailand with their two-year-old daughter Leila when Australian Story featured their improbable love story last Monday night.

It told the story of Ms Hart’s decision to have IVF after losing two sons to a rare genetic disorder.

Legislative changes passed in Victoria in 2010 had opened access to IVF for single women, giving Ms Hart one last chance of becoming a mother to a healthy baby.

She was given three choices of anonymous sperm donors, with the information giving their vital statistics, physical qualities, medical history and hobbies.

She chose the one named Scott who described himself as “happy and healthy”.

Mr Andersen had agreed to recipients and offspring contacting him, but did not think it would happen for years.

After arranging a meeting Ms Hart and Mr Andersen subsequently fell in love.
Global interest in the couple’s story

Ms Hart and Mr Andersen said after Australian Story aired their tale they were “inundated” with interview requests from media around the world, but they managed to keep quiet about their engagement until their return to Australia yesterday, when they shared their news with family and friends.

“Scott and I had talked about getting married before,” said Ms Hart.

“But [we thought] not for about another five years.”

Ms Hart said that had Louis, her second child to die from a rare genetic disorder, lived, he would have recently turned six.

She was thinking about him on his birthday, October 31, during their Thailand trip when the unexpected happened.

“I was feeling melancholy and imagining what Louis would be like at six,” she said.

“Scott returned from the shops with some milk for Leila. He reached out to hold my hand and in his very laconic, unfussy way, asked me to marry him.

“And then he produced a ring from a shop in the village. I loved it because it was so Scott.

“Maybe we’re rushing it. Who knows? We’ve both got a track record of marriages that have ended.

“But it just feels right – I feel very certain of that.

“None of this has been at all conventional. We certainly are a very modern family.”

The couple plan to be married at the end of next year.

A Hollywood film company has shown interest in a possible movie about their unusual love story.

Man Confesses To Killing Daughters, Ages 3 & 4, To Get Revenge On Ex-Wife

After he smothered his two daughters to death Charles Mihayo didn’t waste time confessing to police what he’d done ......