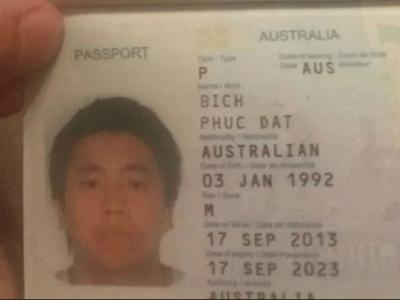 via India Times:
A Vietnamese-Australian called Phuc Dat Bich has spoken of his anger after repeatedly being blocked by Facebook.

The 23-year-old, whose name according to the Evening Standard is pronounced Phoo Da Bic, has posted an image of his passport on the social media site after it banned him several times.

His picture of proof, and its accompanying message, has been shared more than 123,000 times.

“I find it highly irritating the fact that nobody seems to believe me when I say that my full legal name is how you see it,” he said.

“I’ve been accused of using a false and misleading name of which I find very offensive.”

He went on to explain that his frustration was due to what he suggested was a lack of understanding in the West for names which appear amusing to some.

“Having my (Facebook) shut down multiple times and forced to change my name to my ‘real’ name, so just to put it out there. My name.

It is not the first time Facebook has blocked users from their profile accounts as a result of their name.

Most recently, a woman whose first name is Isis said Facebook would not let her sign in – tweeting that the social media site thought she was “a terrorist”.

A man who changed his name to Something Long and Complicated – from William Wood – was blocked in October this year by the site.

Facebook’s chief product officer, Chris Cox, issued an apology on the site after the latest incident.

The social media giant has an authentic name policy in place to make its users accountable for what they say.

Armed jihadists have killed at least 27 people in a deadly shooting rampage after taking 170 hostages at the Radisson...