Home » Celebrities » Man Sues Escort Agency After He Was Stood Up After Paying Millions For Sexual Services With Megan Fox, Candice Swanepoel & Angelababy 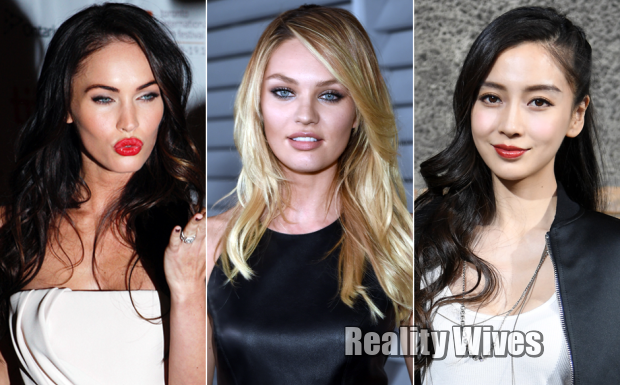 via Telegraph:
A Chinese businessman is suing an Australian escort agency to which he paid more than £2million, believing he was going to get to spend the night with Hollywood stars including Megan Fox, it has been claimed.

The man paid A$3.7 million (£2.1 million) for supposed encounters with Ms Fox, star of the Transformers franchise, along with Victoria’s Secret model Candice Swanepoel and Chinese model and actress Yang Ying, according to court documents cited by Australia’s The Sunday Telegraph.

Named as Yu Xu by the newspaper, the businessman believed he had arranged for the women to meet him in China.

He has now launched a legal action against the parent company of the Sydney-based agency Royal Court Escorts, the report stated.

Mr Yu claimed to have been told that he would be provided with “female escorts of international standing for the provision of sexual services”.

There is no suggestion that Megan Fox, Candice Swanepoel or Yang Ying, known by her nickname ‘Angelababy’, are escorts.

“It was agreed that if (Mr Xu) paid the sum of $3.7 million (the agency) would provide Megan Fox, Candice Swanepoel and ‘Angelababy’ as escorts for sexual services,” Mr Xu’s statement of claim said.

Mr Xu was said to have paid the agency in August 2014, but the alleged agreement collapsed when Angelababy failed to meet him a month later.

“He wants to recoup the cost and is suing the agency’s parent company for breach of conduct, misleading and deceptive conduct, and unjust enrichment,” the report stated.

“It is understood the company will defend the claim but it is yet to file a defence statement with the court.”

The number posted on the website of the agency was not working when contacted by The Telegraph.

Britain voted for a British exit, or Brexit, from the EU in a historic referendum on Thursday 23rd June 2016....