Home » World News » Man Who Claims He Has World’s Largest Penis, Says Women Are Afraid To Have Sex With Him

Man Who Claims He Has World’s Largest Penis, Says Women Are Afraid To Have Sex With Him 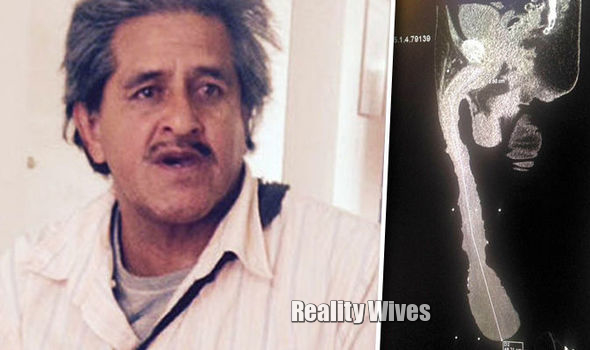 His manhood is so long that it hangs well below his knee and he wants this to be recognised by the Guinness Book of World Records. At the same time he also wants to be registered as disabled because he says his giant penis is cumbersome and gets in the way and he is not able to hold down a proper job.

Mr Cabrera, who is from Saltillo, in the north-eastern Mexican state of Coahuila, underwent a medical examination and had an X-ray done of his penis to satisfy anyone who doubted him.

Doctors at a health centre in the city of Saltillo, in the north-eastern Mexican state of Coahuila, have confirmed that “according to the scan in 3D, it is genuine. A doctor there said the main part of his penis was just over 6 inches long and the rest was extra skin. 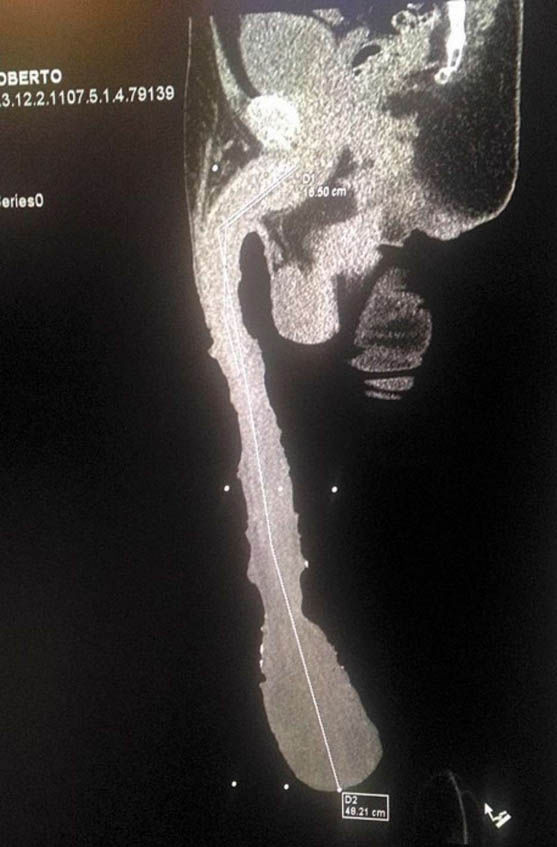 A x-ray of Mr Cabrera’s penis

Mr Cabrera, who does not have a girlfriend because he says they are too frightened to have sex with him.

He said: “Look where it is, it goes far below the knees. I cannot do anything, I cannot work, and I am a disabled so I want authorities to declare me as a disabled person and give me support. Then, I want to go to the Guinness to get recognition.”

Medical experts suggest Mr Cabrera might be able to opt for a voluntary modification of his anatomy and have a shaft reduction operation.

He was deported from the USA to Saltillo in 2011 and lives alone in a room given to him by his brothers. He survives on social assistance and scavenges for food and materials in waste dumps. He has no friends and wherever he goes he says people shun him.

Prior to his claim, it is believed the honour belonged to an American man called Johan Falcon whose penis measures a strapping 13.38 inches.

Mr Cabrera’s story and struggle for help is to be published in a book called El Sordido Pudor (Sordid Shyness), by a local newspaper. Warning see graphic images here:

The penis appears to be wrapped in a nylon or stocking type material.

A pair of sisters, one of whom is only 15, are to be raped as punishment for their brother running...