Home » News » Two Indian Sisters, To Be Gang Raped As Punishment After Their Brother Ran Off With Married Woman 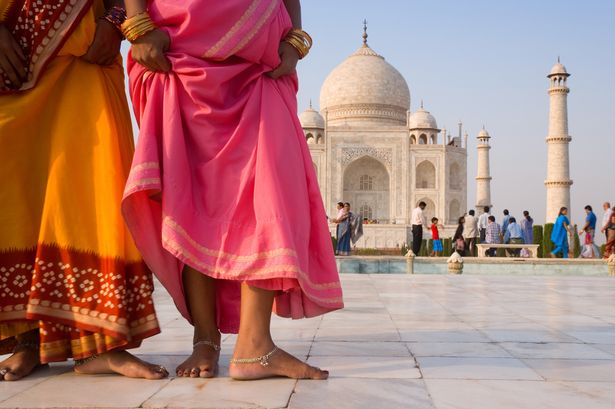 A young Dalit woman (dalit is “oppressed” in Hindi and Marathi, is the self-chosen political name of the castes in India who were formerly considered “untouchable” according to the Hindu varna system), has asked the Supreme Court to intervene against a Khap Panchayat, (Khap panchayat is the union of a few villages, they serve as judicial bodies that pronounce punishments based on customs and traditions), in Uttar Pradesh for issuing diktat (an order or decree imposed by someone in power without popular consent), that she and her sister be raped and paraded naked in their village with blackened faces, as revenge for their brother eloping with a married girl from the Jat community.

Meenakshi Kumari, 23, and 15-year-old sister are from Baghpat near Delhi petitioned for protection for her and her family. The Kumaris are Dalits, or untouchables, at the very bottom of India’s ancient caste system, their ‘transgressions’ are still taken extremely seriously in many parts of society.

According to Meenakshi, her brother Ravi and a Jat woman (a higher caste) were in love but were forcefully separated after the young woman’s family married her off to someone else in February. The woman later escaped from her in-laws home and eloped with Ravi on the 22nd March. Though the Ravi and his wife surrendered after Ravi’s family was allegedly tortured by police and members of the Jat community, the Khap panchayat decided that the boy’s family should be dishonoured to avenge the brother’s deed.

The girl in her complaint to the  court has also mentioned that their family home in the village was ransacked and taken over by the Jat community members following which they escaped to Delhi.

According to reports, the court has now issued a notice to the government seeking its response in the matter within two weeks.

The woman with whom Ravi eloped may also be in severe danger, according to the international human rights group. She married him willingly and is thought to be pregnant, it is not clear whether the brother himself is in danger.

It is to be noted that the Supreme Court has declared illegal ‘Khap panchayats’ which often decree or encourage honour killings or other institutionalised atrocities against boys and girls of different castes and religions who wish to get married or have married.

A 43-year-old virgin, whose penis was ripped off as a child has been fitted with an 8in bionic replacement. Mohammed...