Phill Collins & Orianne Cevey with one of their sons Nicholas

ROCK legend Phil Collins has reunited with his third wife, six years after paying her £25 million in Britain’s biggest ever celebrity divorce battle.

The 64-year-old has been secretly living with Orianne Cevey, who at 42 is 22 years his junior, for six months in Miami after moving from Switzerland.

The couple divorced in 2008 after nine years together, leading to the report-breaking settlement. 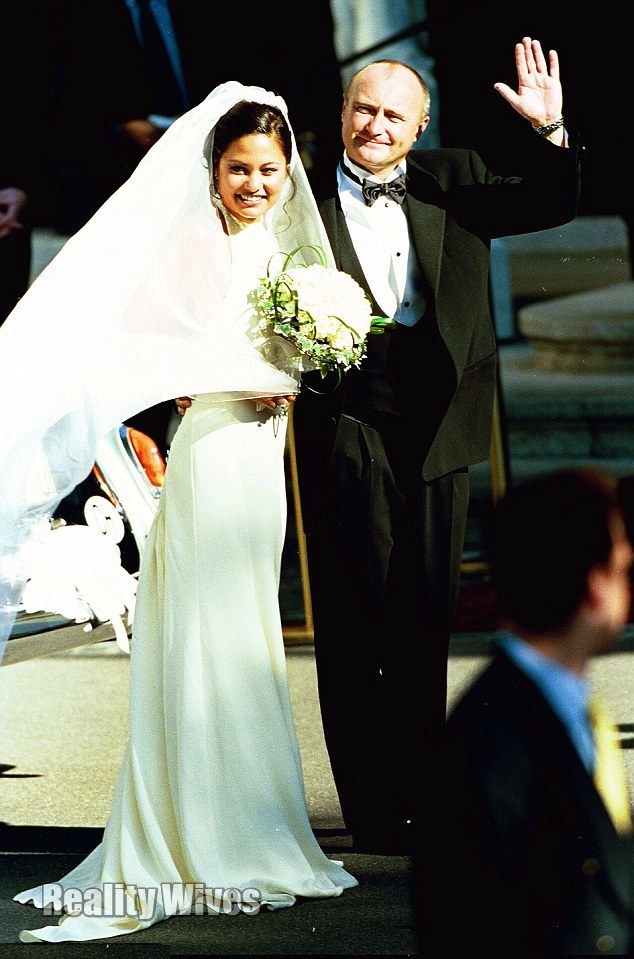 Orianne & Phil on their wedding day

But in a shock revelation – first reported by The Sun Online yesterday – the Genesis star revealed: “I’m back with my third wife – I haven’t really talked about it. We’ve been together for a while, and nobody’s noticed.”

In an exclusive new interview, he added: “We decided that we shouldn’t have got divorced. She got remarried but we maintained a great relationship and she missed me, I missed her, the kids are really happy.”

He added: “That’s what I mean by being wiser, you sort of say, ‘Look we made a mistake, we both agree that…’ How can you look your kids in the eyes and say, ‘Well, we should have got back together again but we didn’t.’

“It really doesn’t take anything to work it out. If you don’t like each other then that’s different. So it’s a good story.”

He explained: “Of course it wasn’t like that at the very beginning but divorce is like that. But no, we became great friends afterwards, when all that divorce dust settled we became best friends. 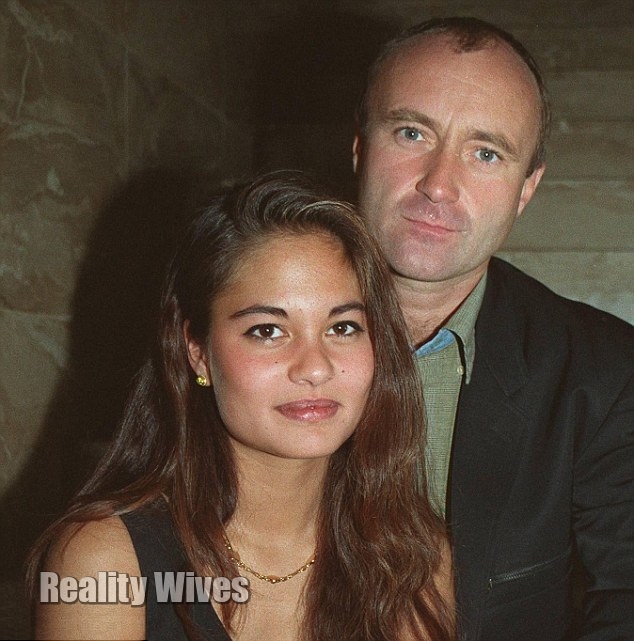 “It was a gradual thing. Yeah. I desperately wanted to live with the boys. I missed out on so much. And I retired so that I could be at home and then they moved.

“And when they moved to Miami, I was suddenly instead of being ten minutes away, I was ten hours away. And so that’s when I started drinking a bit too much and that whole story happened.”

As recently as this week, the Genesis star had insisted he remained single and moved to the US simply to be closer to the couple’s teenage sons – Nicholas,14, and Matthew, 11.

Orianne tied the knot with investment banker Charles Mejjati after her split from the popstar and the status of their marriage is unclear.

After the mega money settlement, Phil’s life spiralled out of control as he stayed in Switzerland battling booze demons that left him close to dead.

In a new interview with an American music magazine, he admitted: “I had retired to be with my kids in Switzerland, but then they left to go to Miami with their mum. 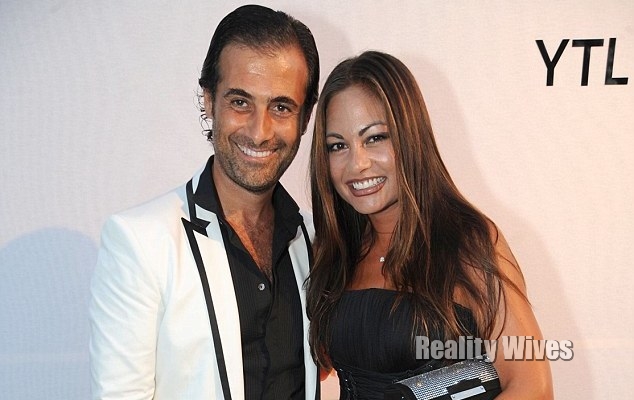 “I’d wake up, turn the TV on and have a glass of wine. You look up at the end of the day and you’ve knocked off a couple of bottles – and you’re still sober!

“I spent way too much time horizontal. It started to be bad for my body. I almost died. My organs were beginning to shut down. But I’m all right now.”

However, Phil, who turns 65 on Saturday and is worth £170 million, revealed he is now in his third year of sobriety.

The couple have both faced serious health battles in recent years.

Orianne, who also designs jewellery, was partially paralysed due to Brown-Séquard syndrome following botched surgery to treat a slipped disc in 2014, forcing her to use a wheelchair.

Last year, she took legal action against a Swiss hospital.

She said of the incident: “I had an operation for a slipped disc in my neck.

“Afterwards, I woke up paralysed. I had absolutely no feeling in my whole body, from my head to the tips of my toes.”

Phil retired after neurological issues with his arm, back and leg stopped him drumming properly for the last nine years.

He said a dislocated vertebra, serious nerve damage and foot fractures have left him feeling like he’s walking “on sticks”.

But he is now intending on making a long-awaited music comeback for the sake of his children.

Phil said: “I don’t know if I’ll ever be fit enough to play the drums again on tour. My left arm has changed – it’s a neural thing.

“My right foot now is completely numb. It could be a year or three months to get feeling back, I have no idea.

“But my kids want me to do shows so they can brag to their friends. I intend on doing some things. I stopped going into the studio because I was sad, but now I’m getting a taste of it again.”

The re-kindled love is the latest twist in the drummer’s extraordinary love life, which has seen him go through three divorces leaving him with a huge £42million bill.

He first tied the knot in 1975 to fellow drama student Andrea Bertorelli. But the marriage only lasted five years.

The break-up provided him with the material for his first solo hit after leaving Genesis – In The Air Tonight.

Within months he met second wife Jill Tavelman who he later had daughter Lily, 26, with.

Their 12-year union was reported to have ended when he sent her a fax announcing it was all over. She scooped £17million in her goodbye deal.

He had been dating US news reporter Dana Tyler, 51, since 2011, but broke up with her last year.

Phil married Orianne in 1999 during a £300,000 ceremony, attended by fellow music legends including Eric Clapton and Elton John.

They split in 2006, finalising the divorce two years later. It beat the previous biggest settlement of £24.3 million awarded to Heather Mills after her beak-up from Beatles legend Sir Paul McCartney.