I’m sick and tired of the whole Misse/Currant/Dawn situation. It’s over and done. The parties involved have apologized and moved on, what else is there to say?

Leanne has a photo shoot for her upcoming 40th birthday. Ampika watches her for moral support and wants to know what is happening with her and Dawn, who were bickering like old ladies at Ampika’s club party. They discuss and conclude that Dawn cannot be spoken to. Leanne wants Ampika to get back together with Mark – especially as he has some issues with his current girlfriend.

Later Leanne is practicing a dance she’ll be doing at her 40th birthday party. Tanya visits while this is going on. Misse happens to call Leanne while Tanya is there. Later Tanya brings up Leanne’s comment about her false huge chompers. Leanne claims it wasn’t coming from a nasty place. 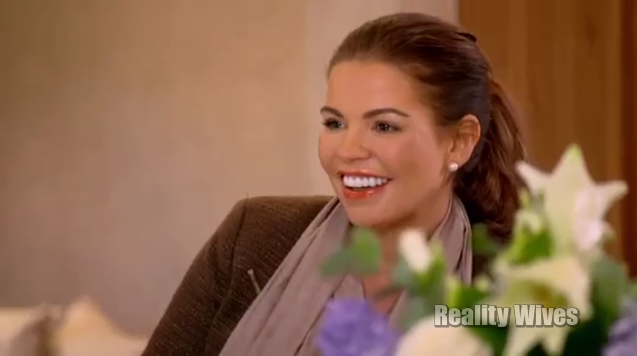 Tanya and her huge teeth visit Dawn who is designing her new nursery. Dawn claims that she laughed at because of her lack of fashion sense. I don’t think she dresses badly at all. They discuss Leanne and how she seems to have found her timid little voice and no longer is up Dawn’s arse, to which Dawn is not too happy about.

Seema has been invited to a spa day by Misse. They talk about Dawn at Ampika’s party. Also up for discussion Ampika and her lack of fashion sense. Seema wants to take Ampika shopping. Later Misse and husband Anders talk about their son Julian’s future. Anders of course wants him to play football. Misse thinks he may be a model. Misse claims her son is a boys boy, but sometimes he wears her shoes and she ‘catches’ him painting his nails, at the age of THREE. Who is taking the lid of the nail varnish for a 3-year-old?

Tweedledum and Tweedle Dee, Nick and Royston, Dawn’s friends are having drinks with her at her home. Seema and her husband Sandeep are coming over. Sandeep doesn’t stay for long, interestingly. just before they enter the living room, Dawn is telling a story about how Seema was wedged in between a toilet, as she fell over, drunk at her annual ball? How nice. Seema lets it known that Dawn has been drunk many times. They change the subject to Leanne being beyond drunk. After Sandeep leaves, Dawn tells everyone she is shocked Stacey told Misse about the currant on her face.

Seema visits Stacey and tells her about what Dawn said at drinks. Stacey is painting a picture of Leanne for her birthday. 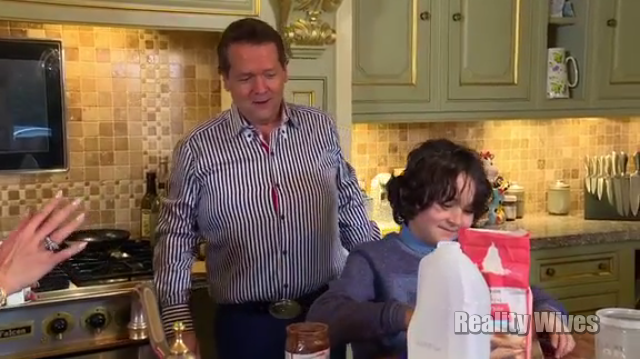 Ampika is cooking pancakes with her housekeeper, ex-husband Mark and son Jake. Later as they head off to to cocktail hour with Misse, Ampika brings up that Leanne says that they should get back together, when she really wants to find out where he is in his relationship. He is still with his girlfriend. 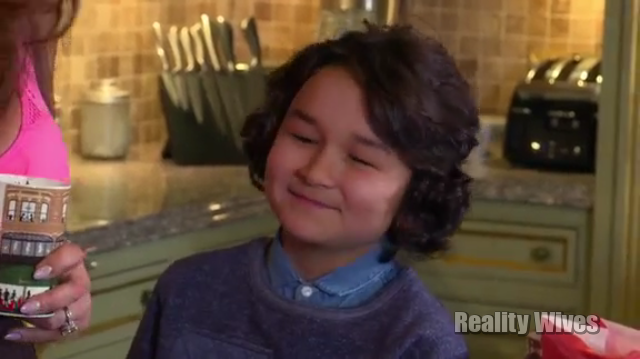 The ladies come up with their own cocktails names:
Tanya: Titty Tanya when it should be called Milky Veiny Baps.
Ampika: Pika Boo’s Pleasure

Stacey tells Leanne about the trip to Paris, Leanne is excited and thinks she’s on the trip too. Seema asks Misse is she would like to go on the trip to Paris. Misse was a little bit too excited, doesn’t she go every year as she’s a ‘supermodel’? Ok. Leanne isn’t too happy about not being invited. Seema stated that Leanne is too drunk at her previous engagement, so obviously had to be Tanya, who is beyond chuffed at the invite, she has never been to Paris.

During drinks, Dawn tries to talk to Stacey – she is not apologizing for what she said, but that it got out. She tells her she was shocked that Stacey told Misse about the currant comment. Stacey explains that she has no loyalty to Dawn, which in actuality she doesn’t.

Leanne is griping on about not being invited to Seema’s fashions show. Ampika decides to set up her trip to Paris on their own private plane. Ampika says she is not invited the great unwashed (sounds like a Game Of Thrones phrase) meaning Dawn.

The fallout from Dawn & Leanne's row continues, Misse throws a cocktail party, where Seema has a surprise for some...