The Real Housewives Of Cheshire are back, first is Tanya’s jewelry launch, Lauren picks up Ampika who decides to go to the launch in a see through gown and granny knickers, as you should. 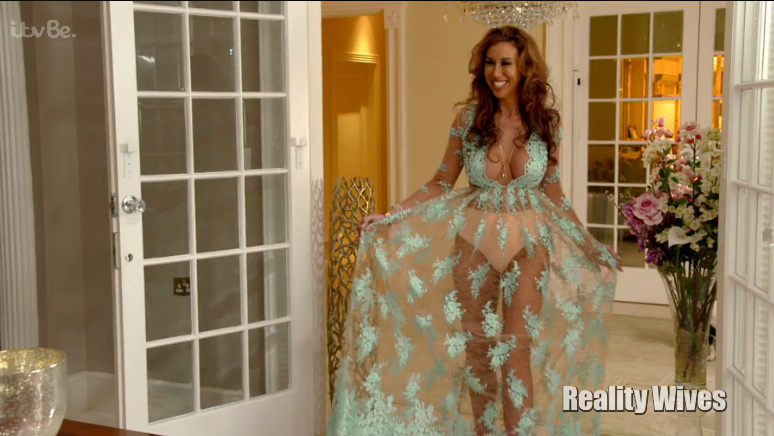 Dawn Wards states she is trying to get pregnant. Leanne knows Tanya is pregnant and pretends that Tanya was sick. They discuss they haven’t seen Ampika or Tanya in ages. Ampika shocks the ladies with her entrance. Tanya is pregnant! Congrats Mrs Bardsley! She makes the announcement at her event. Dawn is shocked. Everyone appears to be happy. Dawn has been trying to get pregnant and will be trying for the next ‘2 or 3 months’. Do I detect a bit of jealousy from Dawn?

Wes Brown and Ashley Ward, Leanne and Dawn’s husband are playing snooker at Ashley and Dawns house. The ladies tell their husbands about Tanya’s news.

Tanya and Phil decide to tell their children about the baby. Her sons and daughter say they don’t want another brother and sister. They eventually come around and are happy for a new baby. 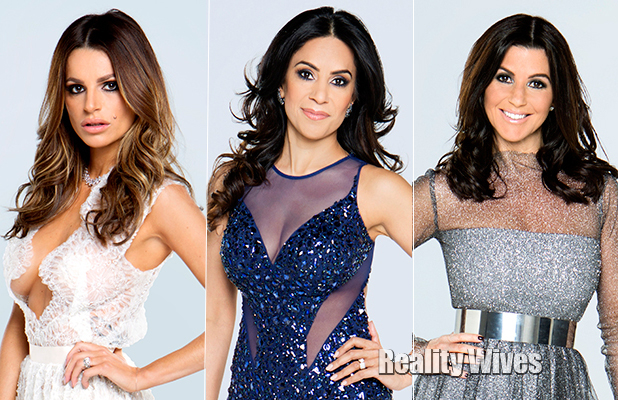 We meet the first of three new wives Seema Malhotra, 44, she states their marriage was arranged, and she loves her husband Sandeep Malhotra. She states that she doesn’t realize how successful their business is as they don’t want to get big headed. If you don’t realize how successful you are, then you have a problem. Dawn gives Seema some decorating tips. Dawn wants to make an effort to hang out with Seema, she states in her confessional that she isn’t interested.

Ampika decides to get her flat bum worked on, she brings ex-husband Mark Pickston with her, she get’s *Cryolipolysis done on her buttocks. Cryolipolysis is fat freezing also known as CoolSculpting. Cryolipolysis works like frostbite; it freezes fat, leaving the overlying skin intact.

Leanne brings in the second of the newbies, Stacey Forsey, 40. Stacey has been married for 4 years and was with her husband Dave Forsey for 8 years prior, and they have two children Grace and Zack. Dave is chief executive of Sports Direct. Stacey let’s us know she is a hands-on supermom, wonderful wife, business women and does everything. Leanne brings Stacey to Ampika’s, ‘Opium’, for a manicure.

Stacey and Seema are friends they do hang out at times.

At Seema’s event, she tells the ladies that her husband is doing a six-pack challenge, Ampika talks sex and penis sizes, much to the chagrin of Seema and Stacey. Ampi

Stacey: "I like to be surrounded by bonkers people sometimes" #RHOC #RHOCheshire @StaceyForsey

The last of the three new housewives, Missé Beqiri, 29, makes her entrance and introduces herself as a supermodel. Really? Seema is introduced to the cast by Seema and she lets them know, most women don’t like her as they think she is going to run off with their men. It may be true, but Missé is off to a bad start already. Missé reminds us of Cindy Crawford. Dawn states that Missé has a currant on her face. Nice Dawn, catty much? Missé is married to Manchester United’s Anders Lindegaard they have a 3-year-old son 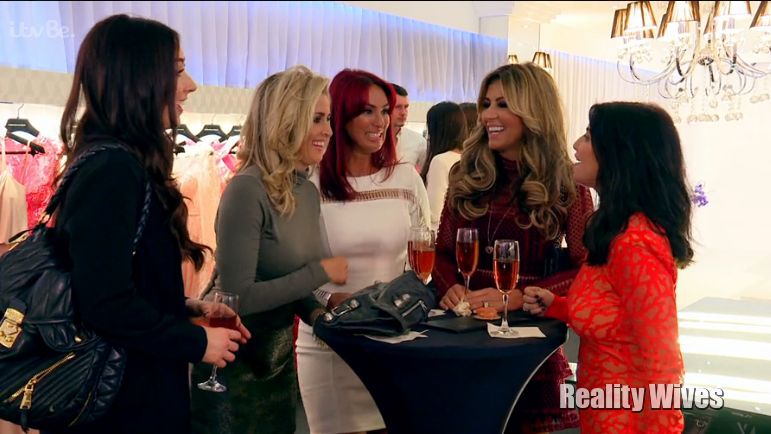 Tanya: "I'm hoping its just my pregnancy hormones that make me think that Missé is a d*ckhead" #RHOC #RHOCheshire @TanyaBardo7

Lauren tells Ampika that she is not sure she can go another 12 years in her marriage. She admits she is babyish and immature.

Dawn starts talking about rumors, that Missé has said that English women can’t dress. But won’t tell the ladies who told her, it was Leanne, who tells her off in the toilet. Dawn is drunk.

Next week:
Dawn calls Missé a ‘Minga’ and Tanya walks out on dinner.

RHOC airs on Monday at 10 GMT on ITVBe! What were your thoughts? Post your comments below.

Tanya has exciting news to tell the girls, and Leanne and Dawn's friendship feels the strain after too many glasses...