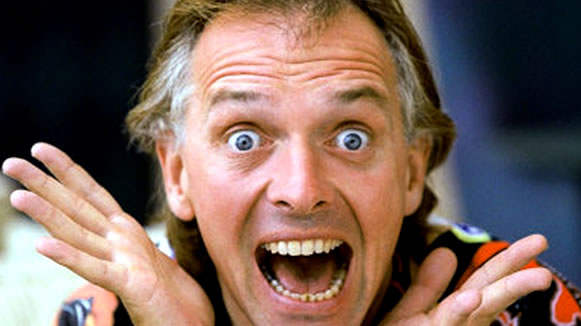 He famously played a poetry-writing anarchist Rick in The Young Ones with his long time friend Adrian Edmondson. The pair later starred in the sitcom Bottom.

His manager Roger Davidson said: “It is a terrible shock. All we know… is that Rik died at home. He touched many lives, and always for the better.”

Edmondson added: “There were times when Rik and I were writing together when we almost died laughing. They were some of the most carefree stupid days I ever had, and I feel privileged to have shared them with him. And now he’s died for real. Without me. Selfish b*stard.”

Police said they were called to reports of a sudden death of a man in his 50s at 13:19 BST on Monday, in Barnes in south west London. London Ambulance Service said “a man, aged in his 50s, was pronounced dead at the scene”. Police have said the death was not believed to be suspicious.

The actor, was seriously ill after a quad bike accident in 1998 which left him in a coma for several days and developed epilepsy as a result of the severe head injury he suffered when he was crushed under the bike.

“He was the antithesis of the characters he played. I think he lost his long-term memory, so often when we were discussing The New Statesman, he couldn’t remember it,” he said, adding that the comedian’s health had deteriorated after his quad bike crash 16 years ago.

His big break came at The Comic Strip Club, performing with comedy partner Adrian Edmondson as 20th Century Coyote in the 1980s, which led to cult television hit The Comic Strip Presents. He co-wrote The Young Ones with Lise Mayer and Ben Elton, which ran for 12 episodes between 1982 and 1985. It shared cult status and schoolboy humour with later sitcom Bottom.

Our condolences to Rik Mayall’s wife, children, family and friends.

As well as The Young Ones, Mr Mayall has appeared in television series and movies: Blackadder, Jonathan Creek, The New Statesman: Alan B*stard, Drop Dead Fred, Valiant & An American Werewolf in London, among many others.

Two women were sentenced to 12 months in prison on Tuesday, after a pensioner was “literally eaten alive” by their...