via BBC:
Skin lightening is under the spotlight in Kenya after a well-known socialite, Vera Sidika, revealed she has spent tens of thousands of dollars on the treatment – prompting the hashtag #BleachedBeauty.

Vera Sidika is sometimes dubbed “Kenya’s Kim Kardashian”, as – like Kardashian – she is famed for posting photos of her voluptuous backside on social media. But this time, it’s not her bottom that’s under scrutiny.

On Friday night she gave an interview on Kenyan TV in which she spoke openly about the skin lightening treatment she has recently undergone. “Looking good is my business,” she said matter-of-factly. “My body is my business, nobody else’s but mine.” Sidika said she’d had the skin lightening done in the UK and suggested it cost somewhere in the region of 15 million Kenyan shillings ($170,000; £100,000). She says she’s already seen an increase in demand for her services.

The response on Kenyan social media was huge. “I was accused of promoting or endorsing a white-centred view of beauty for African girls by interviewing her,” the host of the programme Larry Madowo told BBC Trending. “The criticism was quite intense.” NTV decided to run a follow-up programme to discuss skin lightening, and encouraged people to share their thoughts using #BleachedBeauty.

More than 4,000 people have done so, and many of comments have been damning. “#BleachedBeauty is fake. Only those with low self-esteem would do that,” tweeted one. “#Bleachedbeauty Ladies will soon begin bleaching their brains so they come up with bright ideas,” tweeted another. But others commenting on YouTube came to Sidika’s defence, praising her “openness and honesty” in speaking about the issue.

“Fascinating”, “astounding” and “hypocritical” is how TV host Larry Madowo describes the reaction on social media. Many men in Kenya do indeed prefer light-skinned women, he says – referring to them affectionately as “yellow, yellow”. Dark-skinned women are sometimes derogatively called “tinted”. 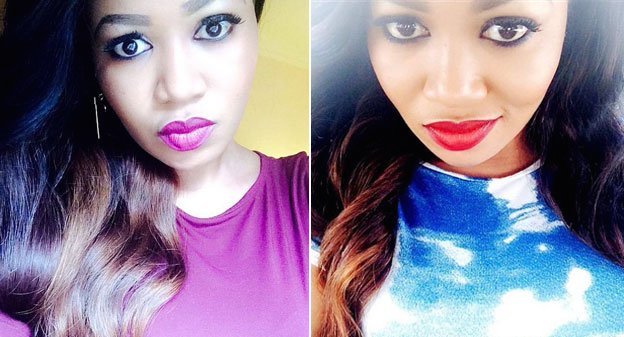 Here is an interview Vera gave with Larry Madowo, where she talks about her procedures and her business ventures.