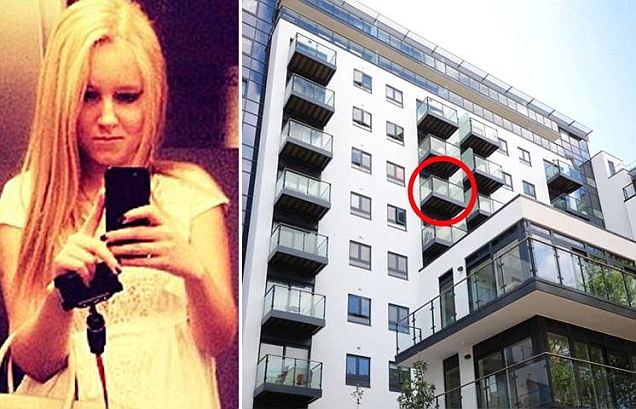 via Mirror:
Miguel Ramos, son of Mexican politician Miguel Lozano Munguia, died after falling from a balcony with Anastasia Tutik

The family of a teenager who plummeted 60ft from an apartment block with his lover were seen crying on the balcony where he fell today.

Miguel Ramos, 18, and Anastasia Tutik, 19, died after they plunged from the sixth floor balcony of a riverside tower block in Deptford, London.

Eyewitnesses claim they were having sex when they became unbalanced and fell on Tuesday night as the pair celebrated the end of their exams.

Miguel, from Monterrey, Mexico, was said to have propped Russian student Anastasia up on the balcony before they suddenly toppled over the ledge’s rail.

Paramedics could not save the couple and they were both pronounced dead at the scene.

Miguel’s family flew into London from Mexico today to visit the spot where he died.

Four members of his family were picked up in a black Mercedes car from nearby Embassy College, where Miguel was studying English and business.

The family arrived at the apartment block, Knights Tower, around midday, escorted by a driver employed by the college.

The driver said they were “devastated”, adding: “They hardly talked to each other during the car journey.”
Miguel’s father, politician Miguel Lozano Munguia, was seen out on the balcony joined by one of the other family members who burst into tears.

After spending more than an hour at the apartment the four members of the family, including Miguel’s father, left together all holding hands.

Jesus Elizondo, a friend, tweeted: “I’m so sorry about the death of my friend Miguel Lozano Ramos, my condolences to his family. RIP”

And university professor Caty Perez Bulnes tweeted: “My condolences to Miguel Angel Lozano Munguia, colleague on an executive course we took at Harvard in January, for the death of his son.”

Anastasia, from Russia, was studying at another local college Bellerbys which charges fees of up to £21,000 a year .

It is understood her family are due to arrive in England.

Post-mortem examinations are being conducted at Greenwich Mortuary.

“We cannot release detailed information at the moment because we are still informing their families.

“We will work closely with the college to make sure any affected students receive information and support. Our thoughts are with the family and friends of these young people.”

Scotland Yard said the deaths are being treated as non-suspicious at this early stage. 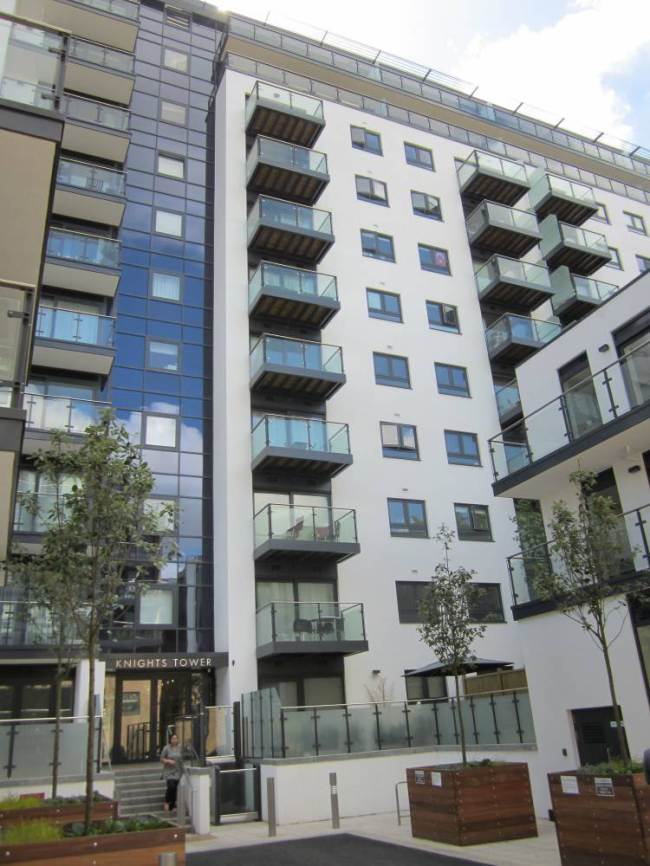 Knights Tower in Wharf Street where the two teenagers died

Skin lightening is becoming increasingly popular in Kenya after, Vera Sidika, revealed she has spent tens of thousands of dollars...