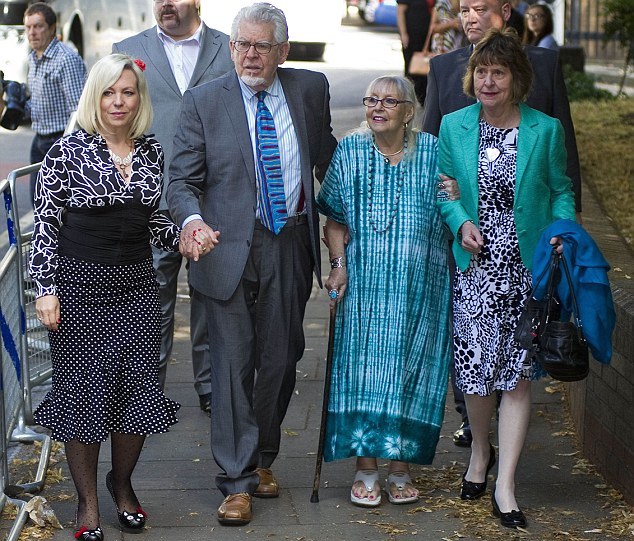 Veteran entertainer Rolf Harris, 84, has just been found guilty of indecently assaulting four girls. He was convicted of the 12 attacks which occurred between 1968 and 1986. One of the victims was a childhood friend of his daughter, Bindi. Another was a child aged seven or eight.

He will be sentenced on Friday.

The judge, Mr Justice Sweeney, said a custodial term was “uppermost in the court’s mind”. The central allegation was primarily focused on the friend of Rolf’s daughter, Bindi, whom the court heard he molested from the age of 13 until she was 19. The other victims told the court they were touched or groped by Harris, sometimes at his public appearances.

The Southwark Crown Court jury deliberated for 37 hours and 45 minutes before reaching their unanimous verdicts.

The 12 charges Rolf was found guilty of were:

Three other women also told the court about the indecent assaults Rolf had carried out against them in Australia, New Zealand and Malta. He was not prosecuted over those incidents but the evidence was introduced by the prosecution pattern of his behaviour.

Rolf denied having sexual contact with his daughter’s friend while she was under 16, but said they had consensual sexual contact later. He described himself as a “touchy feely sort of person” and rejected the other women’s claims of sexual assault.

This is a sad day indeed. I grew up with Rolf as a child on TV and thoroughly enjoyed his programs, talent and entertainment factor. To know he molested and abused anyone is tragic. What are your thoughts? Post your comments below.