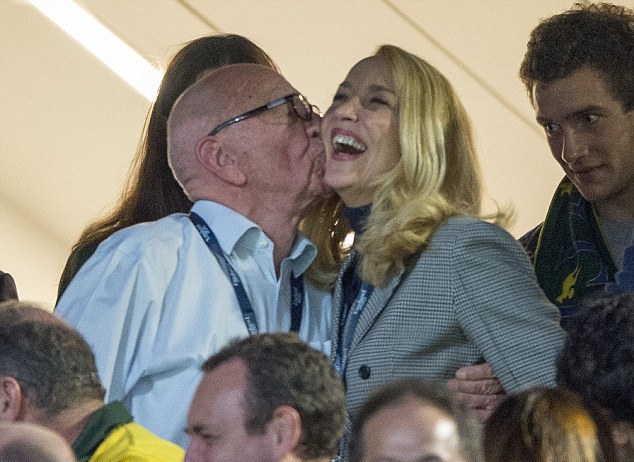 Jerry Hall and Rupert Murdoch are now an item.

Yesterday the couple appeared in public together for the first time since their relationship became known, to watch the Rugby World Cup Final between Australia and New Zealand at Twickenham. Australia lost to New Zealand 34-17. 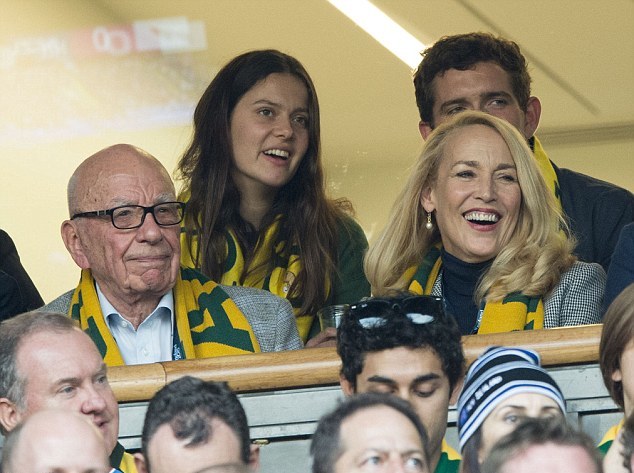 Rupert is an Australian American business magnate, he is CEO of News Corp which owns and operates, broadcasting in Britain, Australia and the United State and media properties, such as Fox Entertainment Group and BSB.

Rupert has been married three times, first to former flight attendant Patricia Booker from 1956–1967, they had one child, Prudence, born in 1958. His second marriage was to Anna Torv a Scottish-born cadet journalist working for his Sydney newspaper The Daily Telegraph, they had three children, Elisabeth Murdoch, born in Sydney, Australia in 1968), Lachlan Murdoch, born in London, in 1971 and James Murdoch born in London in 1972. Rupert’s last marriage was to Wendi Deng Murdoch from 1999–2013 they have two children Grace born in 2001 and Chloe born in 2003. Rupert divorced Wendi as he suspected that she was having an affair with former British prime minister Tony Blair.

Jerry Hall is famously known for her relationship with rocker Mick Jagger from 1977 to 1999. They were married on the 21st November, 1990, in Bali, in Indonesia but the marriage and the marriage ceremony were declared invalid, unlawful, and null and void by the High Court of England and Wales in London in 1999. They have 4 children together, Elizabeth Scarlett born in 1984, James Leroy born in 1985, Georgia May born in 1992, and Gabriel Luke born in 1997.

Man Sits Next To Stranger, Who Looks Exactly Like Him On Flight To Ireland

What are the odds of sitting next to someone who looks exactly like you on a plane? This is what...