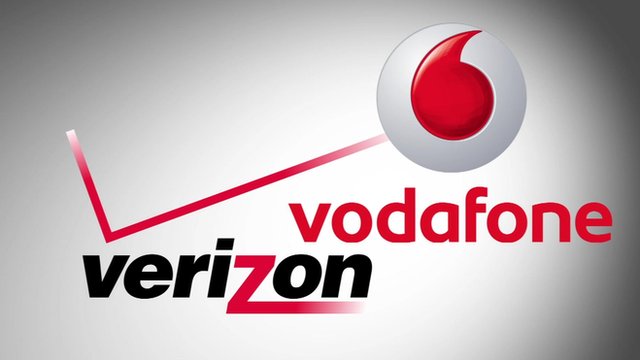 Vodafone has sealed the £84bn ($130bn) sale of its stake in US mobile network Verizon Wireless, the world’s biggest deal for more than a decade.

via The Telegraph:
After months of rampant speculation, the partnership’s majority owner Verizon Communications signed off the purchase of Vodafone’s 45pc stake on Monday.

The deal will put an end to the telecoms giant’s 14 years in the US, which has been characterised by disagreements between the joint venture’s owners.

It will also result in an enormous return, with £54.3bn sent back to Vodafone investors, including the roughly 500,000 retail investors that Vodafone has in Britain.

The transaction will be made up of $59bn in cash, $60bn in Verizon shares, and $7.5bn worth of loan notes and reduced liabilities. It will also see Verizon’s 23pc stake in Vodafone’s Italian operation – valued at $3.5bn – returned to the British company.

The return – which will include all of the Verizon shares from the deal and £15.4bn in cash – represents 71pc of the net proceeds from the sale.

A man who was put behind bars today for forced sex faces an agonizing wait to find out if he...