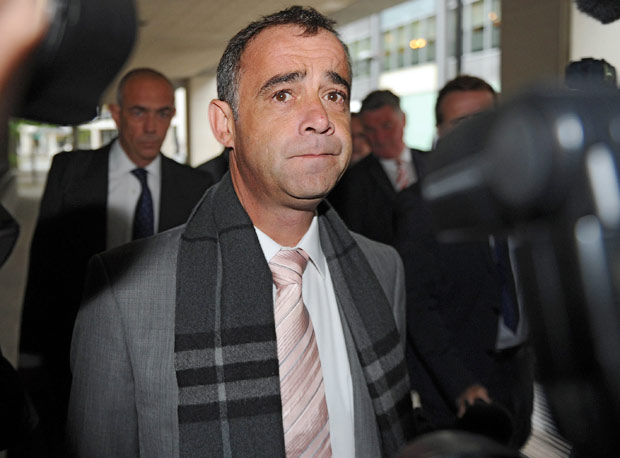 The star, who plays car mechanic Kevin Webster in the ITV soap, is facing 12 charges – five counts of rape, three of indecent assault, two counts of sexual activity with a child and two of causing a child to engage in sexual activity. The counts relate to one girl, who was abused from the age of six, Manchester Crown Court heard.

The alleged offences relate to one complainant and are said to have taken place between September 2001 and September 2010.

The law protects complainants in sexual offence cases and they cannot be named. The 48-year-old actor, who lives in Hale, is charged under his real name of Michael Turner. Michael stated: “I am innocent of these charges and intend to fight them vigorously.

The alleged victim, now aged 17, gave evidence from behind a screen, and told the jury of how Mr Le Vell had put a teddy bear over her mouth to stop her making noise during one rape.

She said he had told her she “was safe and that he was just getting rid of all the evil and bad that was inside me”.

She was asked about the abuse, she said she had been “very scared because it didn’t feel right. It felt like I wasn’t in my body at the time and I was just watching it. He had smelled really bad and stunk of alcohol and cigarettes”.

The prosecutor Eleanor Laws QC told the jury that “once the abuse began, it continued regularly” and the girl had been “too frightened” to stop Mr Le Vell.

She said the victim had talked to no-one but her toys about what happened, after Mr Le Vell had said it was “our little secret [and] no-one needs to know otherwise you’ll be taken, you’ll die and the evil will come over you”. The girl had suffered years of nightmares because of the abuse and had wet the bed until she was 12. She added that when the girl had complained of soreness in her genital area, it had been dismissed by her doctor as the result of “drinking too much orange juice”, Ms Laws explained.

Ms Laws told jury members they should not confuse Mr Le Vell with his on-screen role of Kevin Webster, which he has played for 30 years.

“The man on trial is Michael Turner, not the character he plays. He was a heavy drinker and went out drinking most nights”, she added.

After months of rampant speculation, the partnership’s majority owner Verizon Communications signed off the purchase of Vodafone’s 45pc stake on...