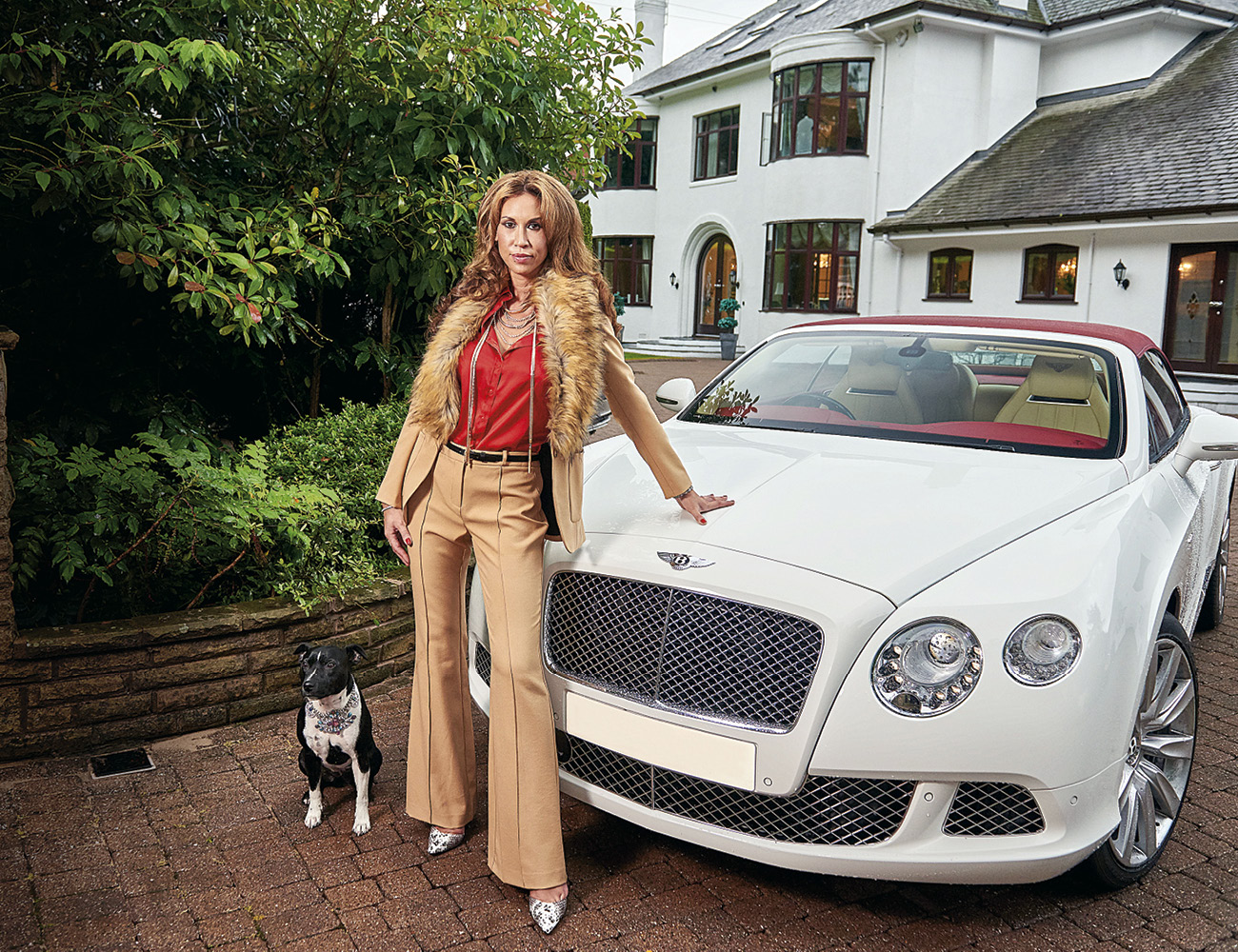 Real Housewives Of Cheshire star Ampika Pickston normally has a staff of six employees to run her home. Two housekeepers, Jimmy the general handyman and driver, my personal assistant, the gardener and the pool man, which cost the divorcee £1,500 a week. She is down two people today.

She admits, “Adding it all up makes me feel a bit ill.”

Ampika lives in a six-bedroom 8,000-square-foot house in Wilmslow, Cheshire, where she has resided for the past 14 years. Sir Alex Ferguson, Rio Ferdinand and Freddie Flintoff are neighbours. The home includes a self-contained apartment for her PA, a gym, which also houses a stripper’s pole, and a heated swimming pool, steam room, sauna and Jacuzzi. Outside, the garden has a 9ft heated pond of 20 Koi carp, costing up to £29,000 a pop.

Ten years ago, the former glamour model Ampika married multimillionaire businessman Mark Pickston, now 54, they had a son Jake who was born in July 2006. They divorced in 2007 after two years, and Ampika set up a beauty salon in Hale Barns, which has become quite lucrative, and she now employs 12 members of staff.

She admits to being addicted to shopping, her vast dressing room, is home to at least 300 pairs of Jimmy Choos and Louboutins shoes and Chanel, Fendi and YSL handbags.

What’s the most she’s ever spent on a spree?
“Hmm, £32,000. It was in Harvey Nicks in Manchester. Some people would only buy one bag with that, but I bought about two handbags, a jacket, two dresses and a pair of shoes.”

What’s your budget?”
“Usually, I probably spend about £8,000 a month. I tell the personal shoppers in Harrods what my budget is and what I want. I get in, get my sugar rush and come out on a high.”

Would you ever shop in Primark, Ampika?
I have never been in Primark. Sometimes I go to the high street and I will have a look in River Island, but I think that’s about it.

What’s your biggest extravagance?
Clothes and jewellery. Anything blingy – I want it round my neck and in my earlobes. I’ve got hundreds of pairs of shoes. The most expensive stuff is my jewellery – it’s tens, upon tens, upon tens of thousands. Diamonds are a girl’s best friend and enough is never enough. I need a new man in my life, but I’ve got more jewels than all the other housewives put together! 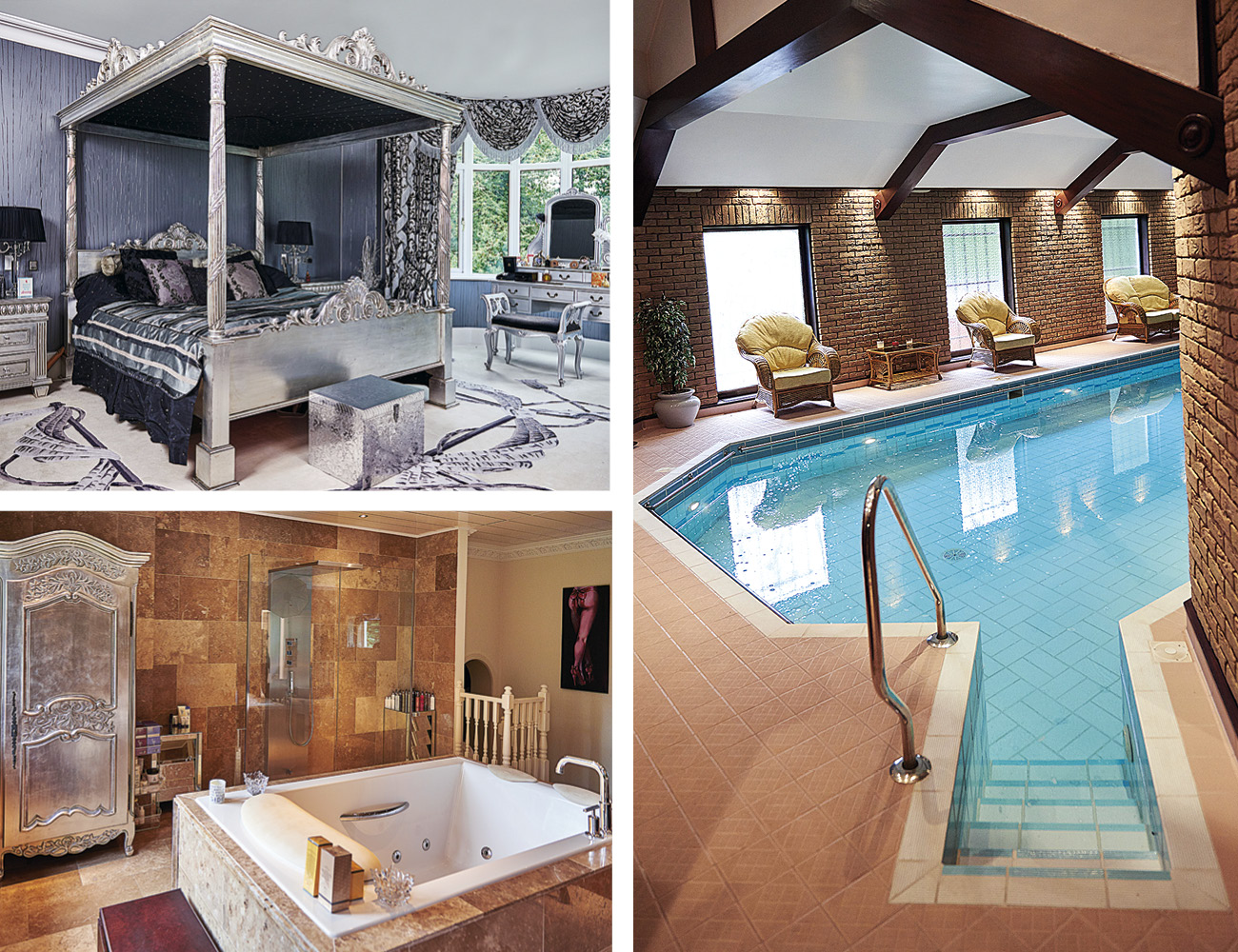 Would you ever date someone poor?
I’ve dated someone who had a lot less than me, but it was difficult when it came to going out and deciding who was going to pay. It was situations like this that put pressure on our relationship.

What’s your pampering routine?
Every week I have a facial, a seaweed body wrap, a manicure and pedicure, four blow-dries and a Thai massage. I get high-definition (HD) brows every 10-12 days – I don’t want one stray hair. I also have a 40-minute reflexology appointment once every two weeks, CACI [a non-surgical toning system] each month on my face, as well as on my buttocks or stomach every two weeks. My maintenance package of looking and feeling great is around £300 a week.

What about fitness?
I do circuit and weight training with my PT at his boxing academy for £50 an hour, so that’s £250 a week.

Do you receive an allowance from Mark?
I don’t receive a penny off Mark. If I did require help, I know he’d give it to me, but I don’t. That’s probably the reason why we are still friends. If Jake needs anything, he gets it though.

Where does your money come from?
I got a decent divorce settlement and it was enough to allow me to make wise decisions to stabilise my future. As well as investing my money in a few properties in London, my salon business funds my lifestyle, too. I’m living the dream, ain’t I? I only spend what I’ve got. I’ve never had a credit card in my life and I don’t owe anything to anyone. I’m sensible – if I’ve got money, I’ll spend it. If I haven’t, I won’t. It’s as simple as that.

Is Jake at private school?
He is, because the headmaster at his school gave me the most time and help when I was looking around schools while I was pregnant. The others seemed to just look at me like I was nouveau riche.

Some of the Housewives have had a few bits of surgery, have you?
A few bits? That’s an understatement. I had my boobs done ages ago. I did two years of breastfeeding, no smoking, no drinking – I was like Mother Earth. I don’t know what happened to me. I think when I left my husband, I was like: “Now it’s time to party!”

Do you want more children?
I would like another baby. I’m broody all the time. That’s why I’m getting a new puppy. Ideally I’d like to meet someone, but if it hasn’t happened in four years I will get a sperm donor and have one on my own or adopt. If you can love and provide for a child, there shouldn’t be any constraints.

The first series of Real Housewives was full of cat fights and falling-outs. Is there as much drama in the second series?
We’ve definitely upped the drama. Things between me and Dawn [Ward, an interior designer] get progressively worse. It’s gritted teeth and pleasant smiles at first, but claws come out and the smiles begin to turn into spats. I never mince my words and I’m never ashamed to say what I think.

The Real Housewives Of Cheshire airs Tuesday at 10pm on ITVBe. 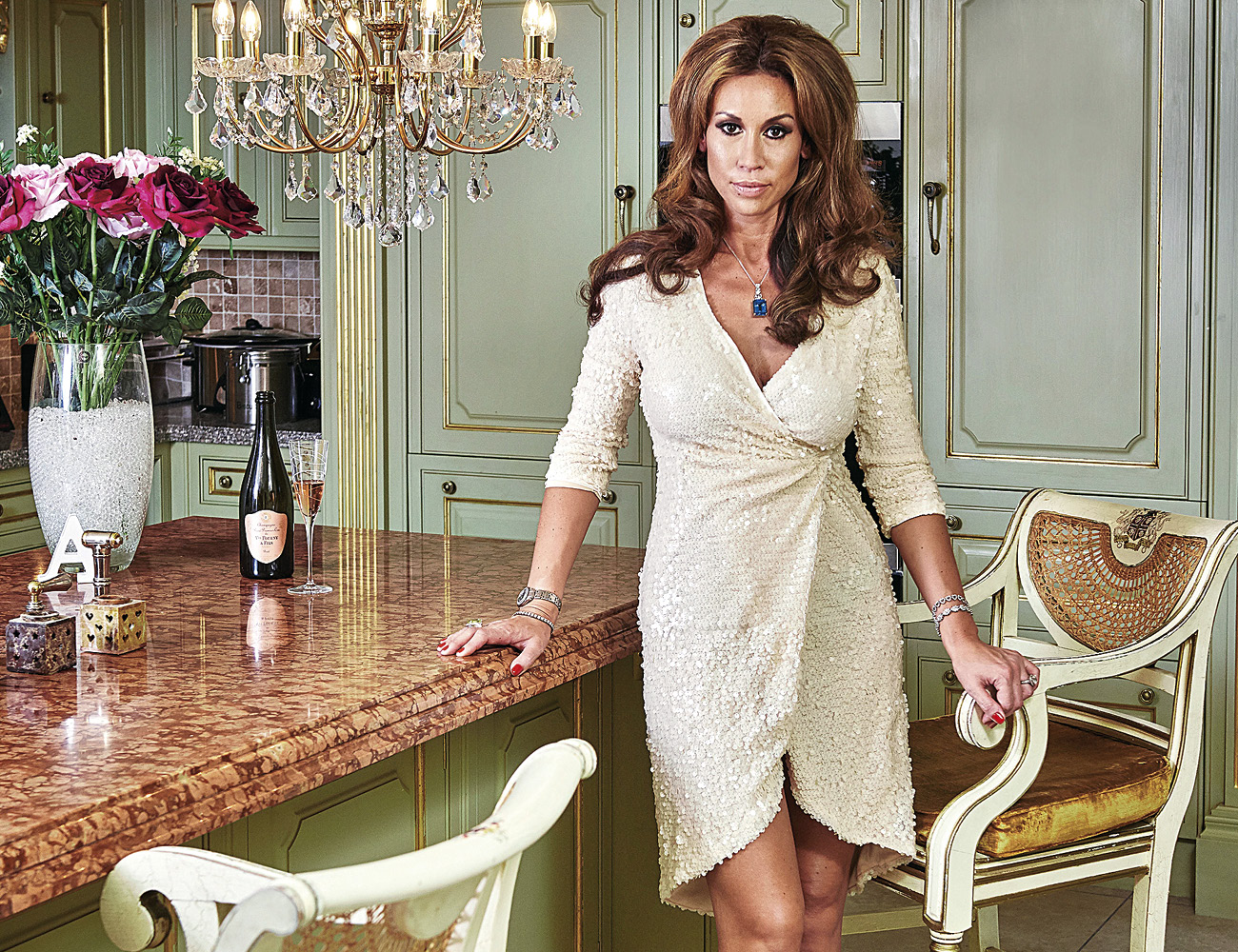 Real Housewives Of Cheshire star Dawn Ward has insisted the catfights on the show are real & in fact they...