Home » News » Boy, 11, Is One Of Britain’s Youngest Rapists After Being Caught Attacking 9-Year-Old Boy

Boy, 11, Is One Of Britain’s Youngest Rapists After Being Caught Attacking 9-Year-Old Boy 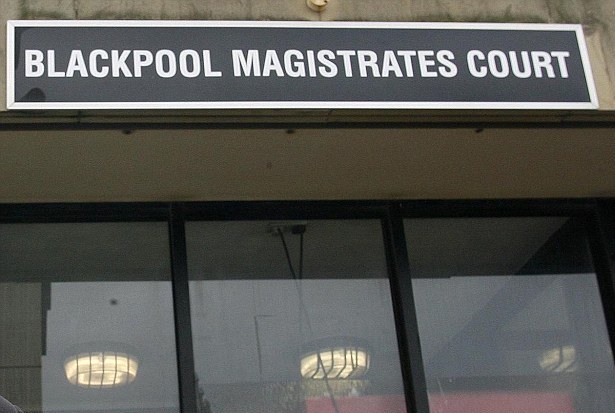 The child from Blackpool, Lancashire, was only caught when the victim’s mother heard suspicious whispering on the baby monitor in her son’s bedroom.

The defendant, who cannot be named for legal reasons, pleaded guilty to one charge of raping the same boy 15 times and three charges of sexual touching.

He stood in a secure dock alongside a security officer. The defendant’s dark hair was neatly cut and he worse a smart dark jacket with a shirt and tie.

He was committed in youth custody to appear for sentence at Preston Crown Court by District Judge Jeff Brailsford sitting at Blackpool Magistrates’ Court.

On May 29 this year the defendant was playing with a nine-year-old boy in his bedroom when his mother heard whispering over the baby monitor.

The victim was interviewed by specialist police officers and told them that the defendant raped him almost every day they played together.

The defendant also told him to keep what was happening a secret.

Enquiries then revealed the defendant had sexually touched another boy aged seven over his clothing.

The defendant was on bail when he twice sexually touched an 11-year-old disabled boy over his trousers.

That victim said the rapist had given had given a sword afterwards.

The prosecutor said: ‘He has been assessed as at a high risk of joining in further sexual behaviour. He used some grooming of the other boys.

‘The Crown would say a custodial sentence is appropriate in this case.’

Brett Chappell, defending, described the case as tragic for everyone and said the defendant had been the victim of sex abuse himself some years ago.

Mr Chappell said the boy had pleaded guilty immediately and shown a sense of shame and remorse.

He added that the defendant recognised he needed help for his problems and would work towards addressing them.

Last month, MailOnline reported how a boy believed to be Britain’s youngest ever convicted rapist abused his younger sister twice when he was just 11.

The defendant from Plymouth, Devon, carried out the sex attacks on his nine-year-old sibling on two separate occasions at their home.

No motive for the rapes was given but Bodmin Magistrates’ Court in Cornwall heard the boy was later found with ‘images’ on his mobile phone.