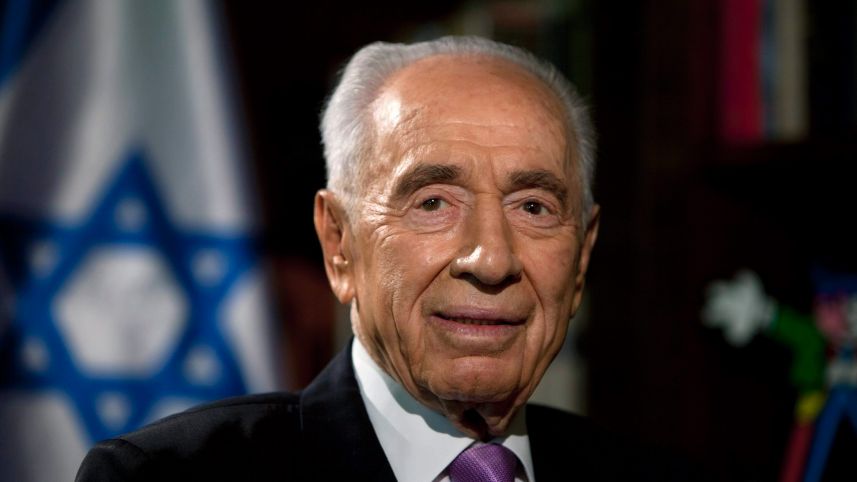 via Haaretz:
Two weeks after suffering a major stroke, Israel’s nonagenarian former president and unwavering voice for peace Shimon Peres passed away Wednesday morning at the age of 93.

Peres’ bureau said that his family will deliver a statement to the press at 7 A.M. at the Sheba Medical Center.

His funeral is set to be held on Friday, Channel 2 reported, adding that the public will be able to pay its respects a day earlier.

Peres had been hospitalized at the Sheba Medical Center at Tel HaShomer since suffering the stroke. His condition had been serious but stable, until it suffered a serious deterioration on Tuesday and he passed away, surrounded by his family.

Over a seven-decade career, Peres held virtually every senior political office in Israel, including three terms as prime minister and stints as foreign and finance minister. He won the 1994 Nobel Peace Prize for his work in reaching an interim peace agreement with the Palestinians.

Doctors were cautiously optimistic about his condition when he was initially hospitalized two weeks ago, after Peres showed signs that he had not lost his cognitive and motor capabilities following his stroke. However, as the days passed, particularly the past few days, the feeling was that time is running out for Peres.

Peres had a massive stroke while in hospital for a checkup. He was hospitalized and an initial scan showed that a blood clot had caused a brain hemorrhage. A second scan revealed massive bleeding which could cause irreversible damage.

A stroke is a medical condition in which there is an interruption of blood flow to a certain part of the brain. The causes can be a hardening of the arteries, or atherosclerosis, which can block blood vessels, a clot, or the rupture of blood vessels in the brain which can cause intracranial bleeding.

Earlier this year, Peres was twice hospitalized for heart problems but quickly released.

Boy, 11, Is One Of Britain’s Youngest Rapists After Being Caught Attacking 9-Year-Old Boy