via Kent Online:
Beating victim Charlotte Small narrowly escaped with her life after former cage fighter Gary Marcel brutally assaulted her. Now, after her ex-husband was jailed for 11 years this week, Charlotte has bravely come forward to relive the nightmare, in the hope others find the courage to seek help before it’s too late. Marcel, 46, of Holborough Road, Snodland, had denied attempted murder and his guilty plea to causing grievous bodily harm with intent was accepted at Maidstone Crown Court. He also admitted breaching a restraining order. Now, speaking from a secret address, where she has moved for her own safety, Charlotte recalls the terror of the night, just before Christmas last year, when her neat terraced home in Tovil Road, Maidstone became a scene of unimaginable horror. The petite 33-year-old had been trying to escape Marcel’s clutches but he tracked her down to her Maidstone home.

“We had a row about me giving a lift home to a friend that night,” recalls Charlotte and when he went to work at Coyotes Bar I told him not to come back – I texted him ‘It’s over’.

Just as she was drifting off to sleep she heard the front door being kicked in.

“I got up and grabbed the phone but he was at the top of the stairs and threw the phone down. He said he’d come to kill me.”

They struggled at the top of the stairs and both fell down.

“He was kicking me in the face and said ‘no one will want to be with you now’. I ran around the house, desperately looking for corners to hide in.

“At times he stopped hitting me and stroked my hair, saying he needed a rest.”

Heavily-built Marcel rained down blows of such ferocity that her nose “popped” and lips “burst” and he kicked and trod on her breasts. He grabbed her by the neck so forcefully that she feared it would break. He pulled out clumps of her hair, all the time threatening to end her life. Miss Small, whose eye socket was fractured and ear almost ripped off, managed to reach the front door but he stopped her and continued hitting her until the police arrived. There was no sign of Marcel’s volatile temperament when the pair first met. Newly-single Charlotte was a barmaid at the Kingsley Arms in Melville Road, Maidstone, in 2010, when Marcel was employed by the landlord to provide security for a big party.

“Gary was really lovely to me. I had split up with the children’s dad a year before and was struggling with money. He promised to look after all of us.”

Soon Charlotte invited Gary to live with her and her children, Finn, six, and Molly, eight, at Eddington Close, Loose, and the pair were married at the Archbishop’s Palace in September 2011.

“We were sitting at the wedding table when Gary turned to my mum and said he would look after me and make sure that no harm came to me,” she said. 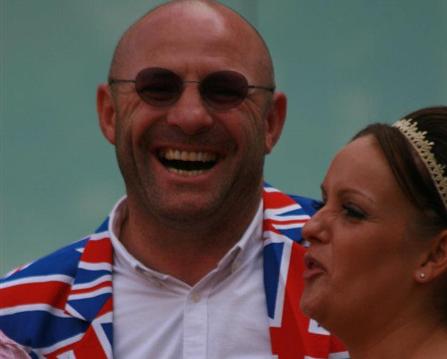 Gary Marcel & Charlotte Small on their wedding dayMarcel’s temper started to show while running the former Railway Tavern pub in Chatham. The “odd argument” happened and his mood swings worsened.

“He pulled radiators off the wall, punched holes in every door and one night he ripped kitchen units out,” Charlotte recalls.

But she was too frightened to confront Marcel, who would never refer to his outbursts. The family moved to Devon in the summer of 2012 to run another pub.

“It was an idyllic setting next to the beach,” said Charlotte “It seemed like a fresh start.”

But the simmering tensions soon surfaced, leading to Marcel losing his temper in front of the children for the first time. He punched Charlotte, fracturing her cheekbone and she fled the pub with them. “It was terrible, Finn hid under a bed and Molly was trying to pull Gary off me.”

At the end of her tether, Charlotte returned to Maidstone but couldn’t shake off her terrifying ex. Now she wants to warn other women in abusive relationships to take action before violence escalates.

She said: “I don’t want anyone else to suffer like I have. If just one woman reading this finds the courage. to leave her violent partner then telling my story will have been worth it.”

Catherine, Duchess Of Cambridge, who gave birth to Prince George Alexander Louis on July 22, is seen carrying her nearly...