Patricia Cahill, Karyn Smith, Sandra Gregory, Nick Baker and more recently Lindsay Sandiford are people that spring to mind when the perils of Britons who think they can make ‘loadsa money’ drug smuggling and then get caught. If ever there were reason, not to sell, do or smuggle drugs it’s those people above.

Recently a picture of two children at a summer fair in Strangford, County Down, left, dressed in the same clothes as the accused drug mules and with a sign saying: ‘The Peru 2. Drugs is for mugs…’ has gone viral online.

One family, appears to have gone with a current affairs theme and may be teaching their children the dangers of traveling abroad with drugs, dressed up their children as accused drug mules Melissa Reid and Michaella McCollum Connolly.

They are wearing the same outfits, same hairstyles and stood with suitcases and holding a sign that says: ‘The Peru 2. Drugs is for mugs…’ the two young girls look like miniature versions of the girls who await their trial in Peru. 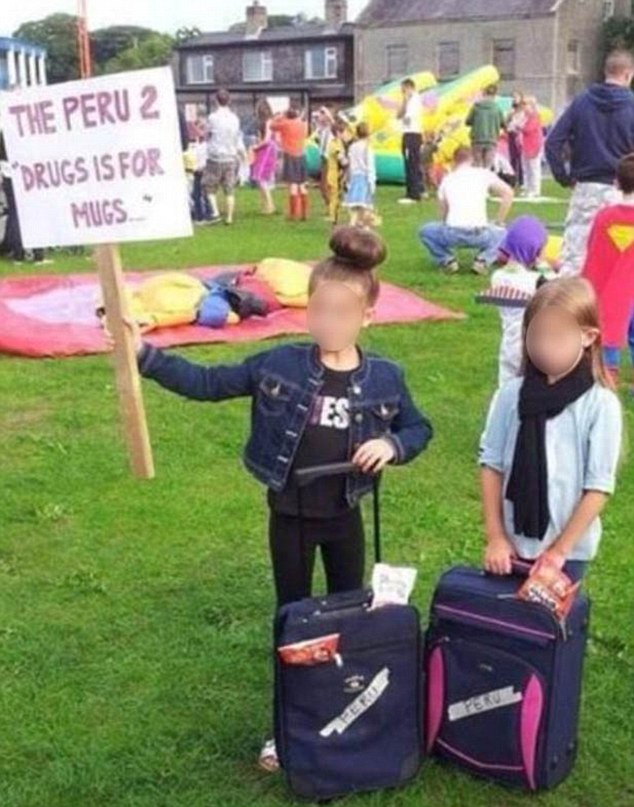 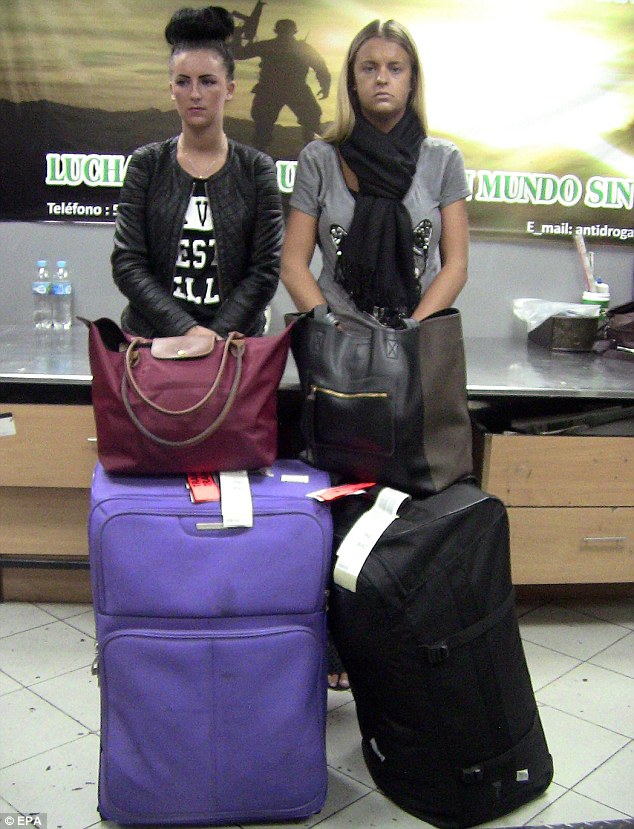 Michaella McCollum and Melissa Reid accused of trying to smuggle £1.5 million worth of cocaine

The picture, which has been posted online, was taken at the weekend on the village green in Strangford, Co Down, Northern Ireland, about 20 miles south east of Belfast, reportedly during the village summer festival. In the background parents and children surround a bouncy castle and other games.According to a local resident, there is a fancy dress competition every year at the fete; it is not known if the children won or not, but there’s no doubting the resemblance they have to Melissa Reid, from Lenzie near Glasgow, and Michaella McCollum Connolly, from Dungannon in Northern Ireland, who claim they were kidnapped and forced to unknowingly smuggle drugs from Peru to Spain. 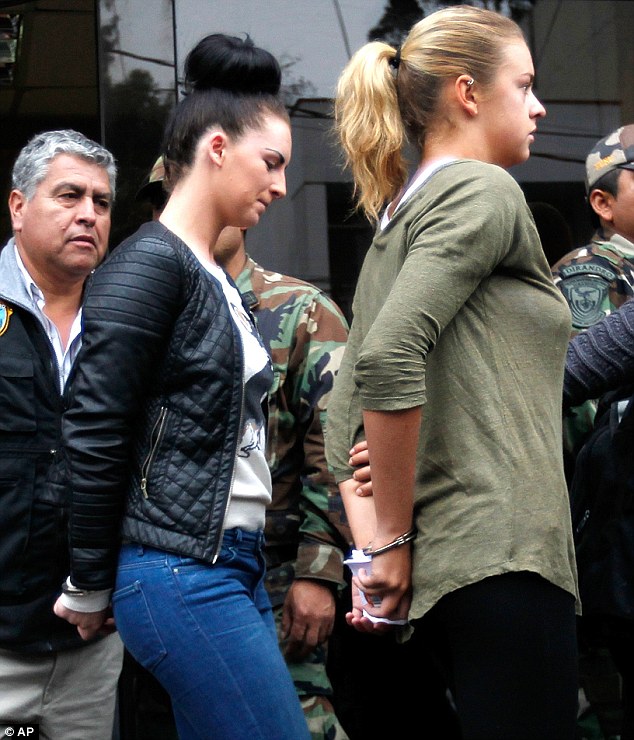 The resident, who preferred not to be named, said he was ‘appalled’ at seeing the picture of the two girls. He said: ‘I’m absolutely appalled. I’m a parent and I have absolutely no idea whether the the drug mules in Peru are guilty or innocent. So to ride on the back of their notoriety like this is really sad.’

Melissa Reid, and Michaella McCollum Connolly were detained allegedly with £1.5 million (11 kilograms) worth of cocaine on their way to Madrid, Spain, at the international airport Jorge Chavez in Callao, near Lima, Peru. Up until now Reid, from Glasgow, and McCollum Connolly, from Northern Ireland – but not close to the village fete – have insisted they are innocent. If found guilty, they could be sentenced to 15 years in prison.

However, if they plead guilty, they may get off with only six years and eight months. On Thursday the girls were moved to the Virgen de Fatima jail, which is surrounded by shanty towns just south of Lima.

The only Western inmates, they will endure a military-style regime in the infamous Peruvian jail alongside 1,000 other female prisoners, surrounded by killers, drug dealers and terrorists.. The pair could spend up to three years in jail awaiting trial. What are your thoughts? Post your comments below.