Home » News » Husband Stabbed His Wife Of 24 Years To Death, She Joked About His Small Penis

Husband Stabbed His Wife Of 24 Years To Death, She Joked About His Small Penis

via Daily Mail:
John Clinton, 52, brutally attacked Paula Clinton, his partner of 24 years, before slashing his own throat in a bid to end his life. Liverpool Crown Court heard Mrs Clinton became disgruntled about her husband’s heavy drinking and on the day she was killed he arrived home from the pub to find her discussing their prospective divorce over the phone. 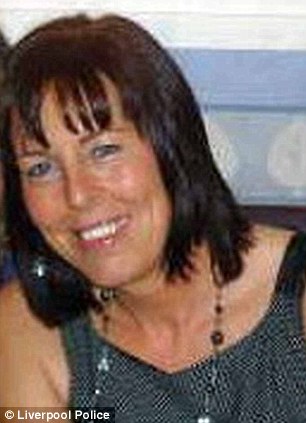 On the day she died Mrs Clinton had been to visit the Citizens’ Advice Bureau to discuss dividing the couple’s assets. She was on the phone to one of their advisers when Clinton came home drunk. The mother-of-two, who worked at the Giro social club in Bootle for 30 years, was seen staggering from the family home and down the street bleeding heavily before collapsing.

She had multiple stab wounds to her body, hands and her left eye and died from shock and blood loss before paramedics arrived. He told police his wife was pushing him and goading him, asking who would look after him with his bed-wetting and small manhood.

Ian Unsworth, QC, told Liverpool Crown Court: ‘It is apparent that the marriage was in some difficulties in the days leading up to her death and on the day itself.

‘Paula was seeking advice as to divorce and the financial arrangements which would follow.

‘According to things she said to others, the reason she sought a divorce arose largely out of the defendant’s drinking, culminating with an incident in October when he was stopped by the police as he was driving his vehicle and had drunk in excess of the legal limit.

‘That seems to have been the last straw so far as she was concerned.’

Mr Unsworth said Clinton had threatened his wife with a knife a few weeks before her death and that ‘in drink he had become a bully and a dangerous one at that’.

He added: ‘No doubt the defendant bitterly regrets his actions that night but it is clear from what he has said that he does seek to justify his actions, at least in part, by painting a picture of his wife and her conduct which is not a true picture.

Groom Forgot To Book Wedding Venue, So He Called In Hoax Bomb Scare

A groom on his wedding day, made a hoax bomb call to his wedding venue, because he realised he had...